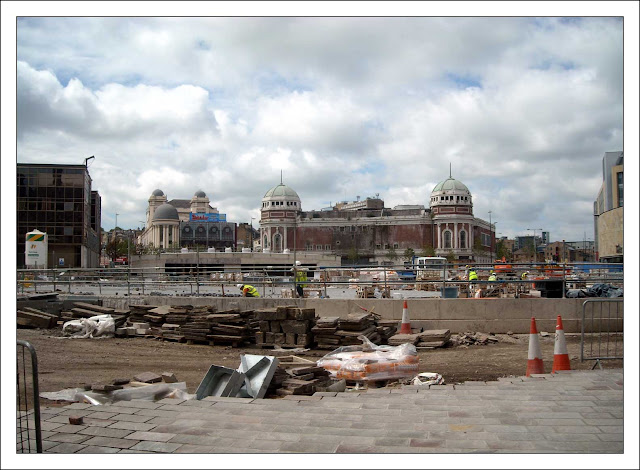 No, this isn't a picture of the aftermath of the recent riots. One might say, however, that it is the results of mindless and wanton destruction. For over seven years, Bradford has has a large hole on one side of the city centre where shops and offices were demolished to make may for a shopping mall that was never built. As I walked through Bradford the other day, I noticed that the City Authorities had decided to bring a little balance back to the city - by pulling down the buildings on the other side of the city centre. That glorious domed cinema you can see will be the next to fall victim to the wrecking crews. A reminder that not all yobs wear hoodies.
at August 11, 2011