The Lost Pubs Of Brighouse : 1. The Duke of York Inn.

No 1.  THE DUKE OF YORK INN, BRIDGE END, RASTRICK 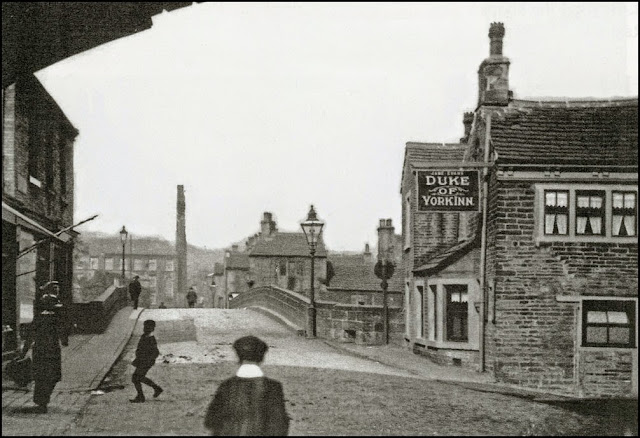 For those who don't know the area, you can think of Brighouse and Rastrick as the Budapest of the Calder Valley. To the north of the River Calder stands the town of Brighouse; busy, somewhat full of itself with its municipal buildings and self-righteous chapels. To the south of the river stands the older parish of Rastrick, an elderly uncle fallen on harder times. As with all river-side communities, the crossing point become the focal point of settlement, and ever since the thirteenth century, the crossing point has been at Rastrick Bridge. A succession of wooden bridges were followed by a succession of stone bridges and until the new bridge was built for the Huddersfield to Bradford Turnpike Road in the early nineteenth century, Rastrick Bridge was the only crossing point in these parts. It was a house near this old bridge that gave Brighouse (bridge house) its' name. These days the old bridge looks a little tired, surrounded by boarded-up buildings and empty plots of land. On one of these plots, at the southern end of the bridge, once stood the Duke of York Inn. 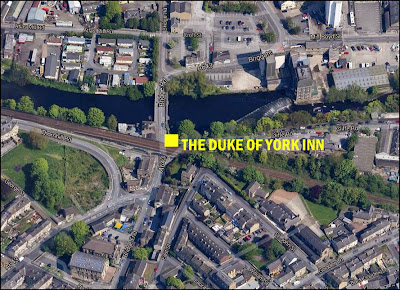 The Duke of York wasn't the oldest pub in Brighouse, nor was it the smartest. But it was what modern managers would call "fit for purpose", and it served that purpose for well over 100 years until it was finally demolished in 1933. In Pigot's 1828 Directory it is listed as one of the 18 inns, taverns and public houses in the local area, and its' list of landlords and licensees contains a string of recurring surnames - the Websters, the Sutcliffes, the Eastwoods and the Fieldings - which give it the feel of a liquid memorial to the hard-working families of the area.

It never quite reached the status of grander gathering places in the town, but during the nineteenth century it was a favourite location of inquests into the deaths of local citizens. It was within the tobacco stained walls of the Duke of York that a jury heard the details of the tragic death of John Latham in 1843 who had slipped and fallen under the wheels of a train at Brighouse station. And one can't help wondering whether the Duke of York itself had in some small way contributed to the death of James Garside, whose inquest was held at the pub in 1870, who became intoxicated and fell into the River Calder and drowned. 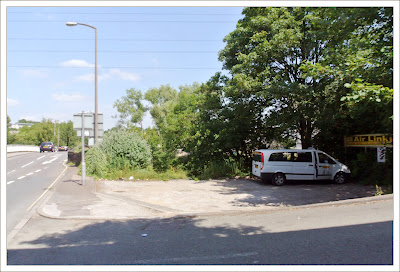 By the turn of the twentieth century, business was getting harder for many local innkeepers, and the Duke of York featured twice in the list of local bankruptcies. By the 1920s, the local licensing authorities were keen to cull the number of pubs and alehouses in the Brighouse area and the Duke of York fell victim to the move and closed its doors for a last time in 1927. The building was demolished a few years later, ostensibly in the interests of road widening. But the road wasn't widened, and the footprint of the old inn lives on as a parking lot for taxis, like some palaeolithic relic of a former age.