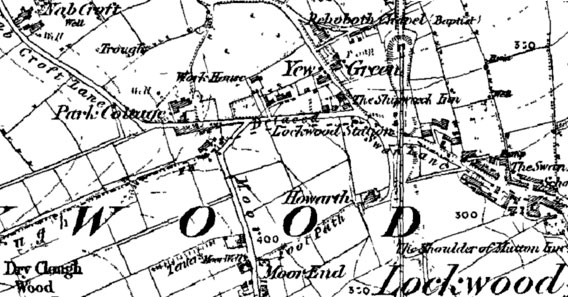 For reasons beyond my comprehension, I have become obsessed with trying to understand a story I read in the newspaper the other day. Earlier this year, in an attempt to save money, I decided to sacrifice the dubious pleasures of a subscription to a contemporary newspaper in favour of a subscription to the British Newspaper Archives, on the assumptions that few news stories are new and you have as much chance of being a fully rounded personality by reading the newspapers of the nineteenth century as you have reading the hack-full celebrity tittle-tattle comics of the present day. But the following story - which comes from the Huddersfield Chronicle of May 15th 1880 - of a contretemps in the Huddersfield suburb of Lockwood - has left me puzzled as to exactly what is going on. 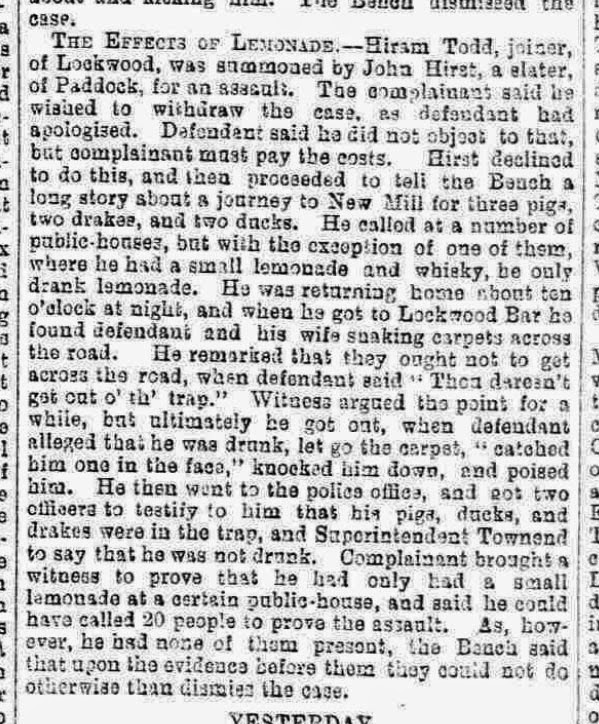 I have drawn labelled diagrams in my notebook in an attempt to follow the story of a plot that is more convoluted than a Raymond Chandler thriller. Were the Todds shaking carpets or snaking carpets? Who knocked who down and what exactly was involved when he "poised him"?. Exactly what kind of lemonade was sold by the nineteenth century publicans of the Holme Valley, and why oh why did Hiram Todd feel it necessary call Superintendent Townend to verify that his trap contained three pigs, two drakes and two ducks? We may never know .... but speculation on the affair is far more entertaining than on "Boob Job Model's £6,000 Taxi Handout"
at June 27, 2014