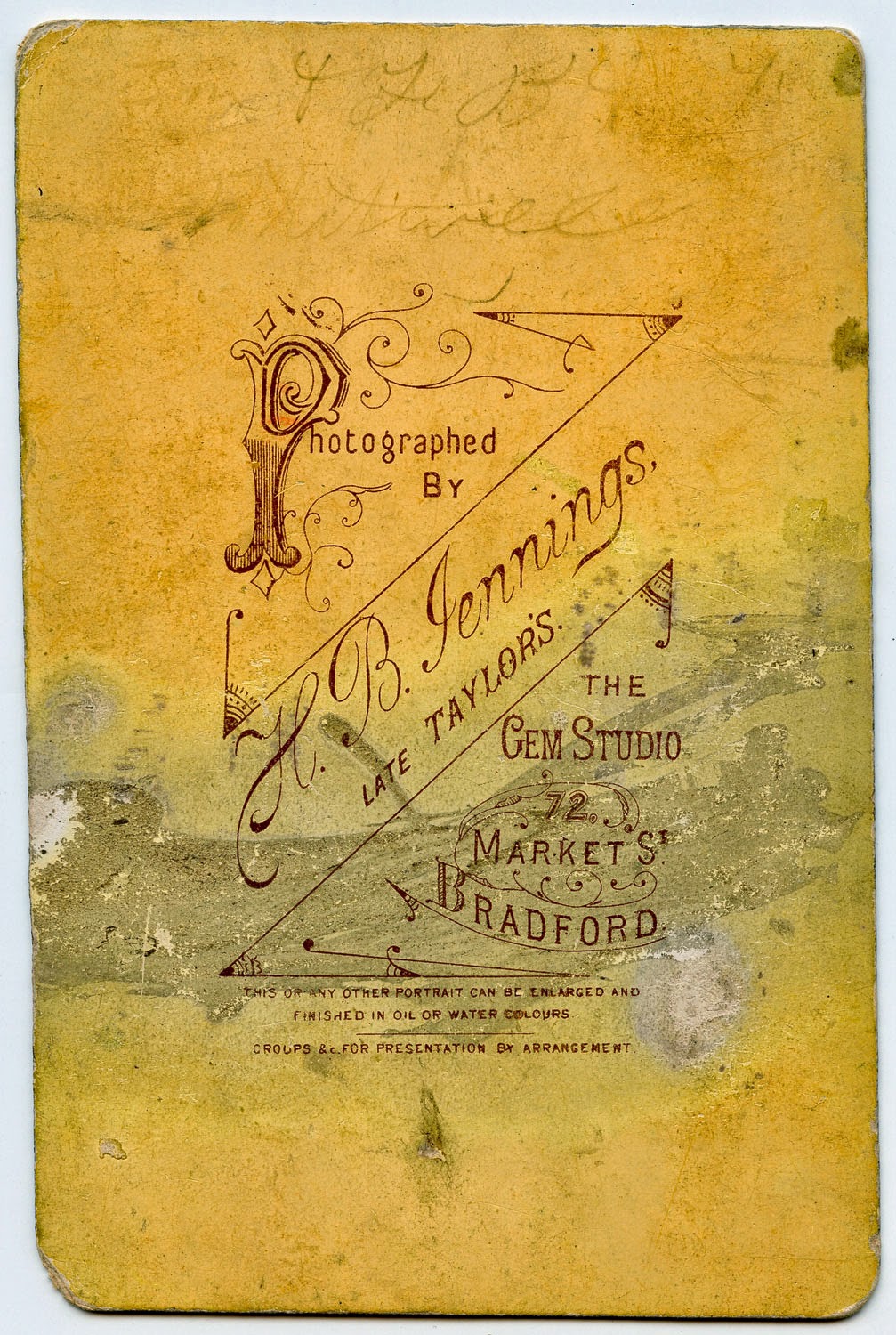 This themeless week on Sepia Saturday gives me the opportunity to feature a couple of recent scans from my collection of old family photographs (it is my on-going attempt to digitise my life onto a 1TB hard drive before I take my leave of life). The first is a studio photograph of Uncle Harry which dates from the years he was on the stage. One can almost see the look of a young matinee idol, someone who might have made it at Pinewood, Elstree or one of the other British versions of Hollywood. Alas, the movies passed him by and he finished up playing the piano in Working Men's Clubs.

The second photograph is a very old Cabinet Card which has suffered the ravages of time. I have bought a number of such cards at antique shops over the last few years, but this predates them and therefore it must be someone within the family. It comes from a Bradford studio and therefore is likely to be from the Burnett strand of the family (the Burnetts are from Bradford, the Beanlands from Keighley, the Berrys from Halifax an the Ushers are from Liverpool - what a cosmopolitan lot we are!)

There is something penciled on the back of the photograph, but I can't make out what it is. Looks like F B Whitwell but that name means nothing to me. Perhaps it was a secret love of my great-grandfather. If so, now it is an open secret which has been shared with the world.