A Digital Message In A Brass Bottle 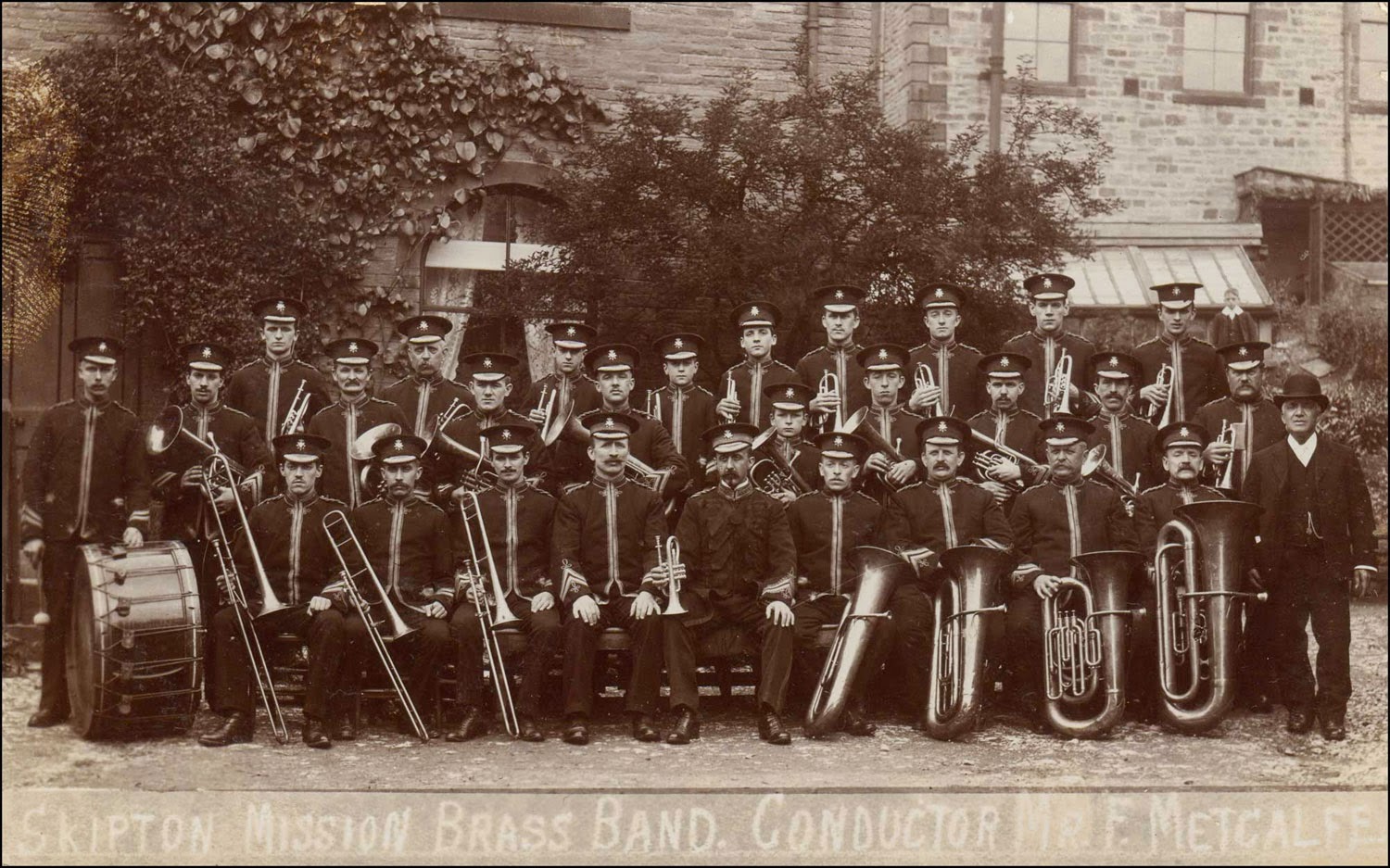 Back in January 1911 I featured a postcard from Great Uncle Fowler's collection which showed the Skipton Mission Brass Band some hundred years ago. One of the best things about blogging and the internet is the way you can cast a message in a digital bottle into the world's oceans and it will bob around for a year or two and then be found by someone else who will add something to the original concept. In this case, the post was found by Adrian Lowes, the Musical Director of the current band (which is now known as Skipton Brass). The band had attempted to recreate the old photograph with the current band members and they had sent me a copy of the new photograph. And so the digital message in a bottle came bobbing up and down the Leeds Liverpool Canal (and, if you want to be exact, up the Calder and Hebble Navigation) and landed at my door. That is well worth a rousing fanfare .... thank you Adrian. 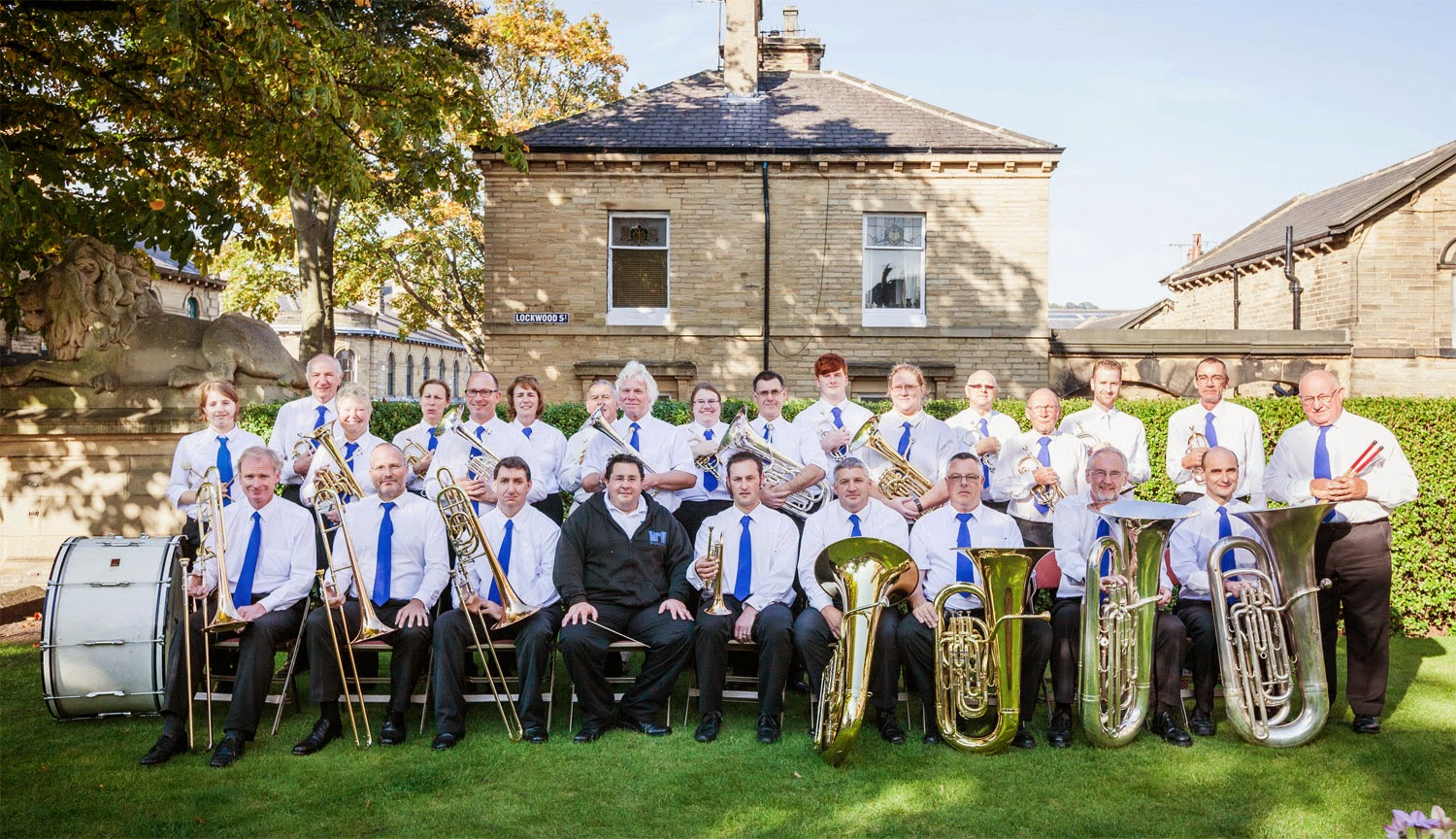