Sitting And Swinging Up The Wakefield Old Road 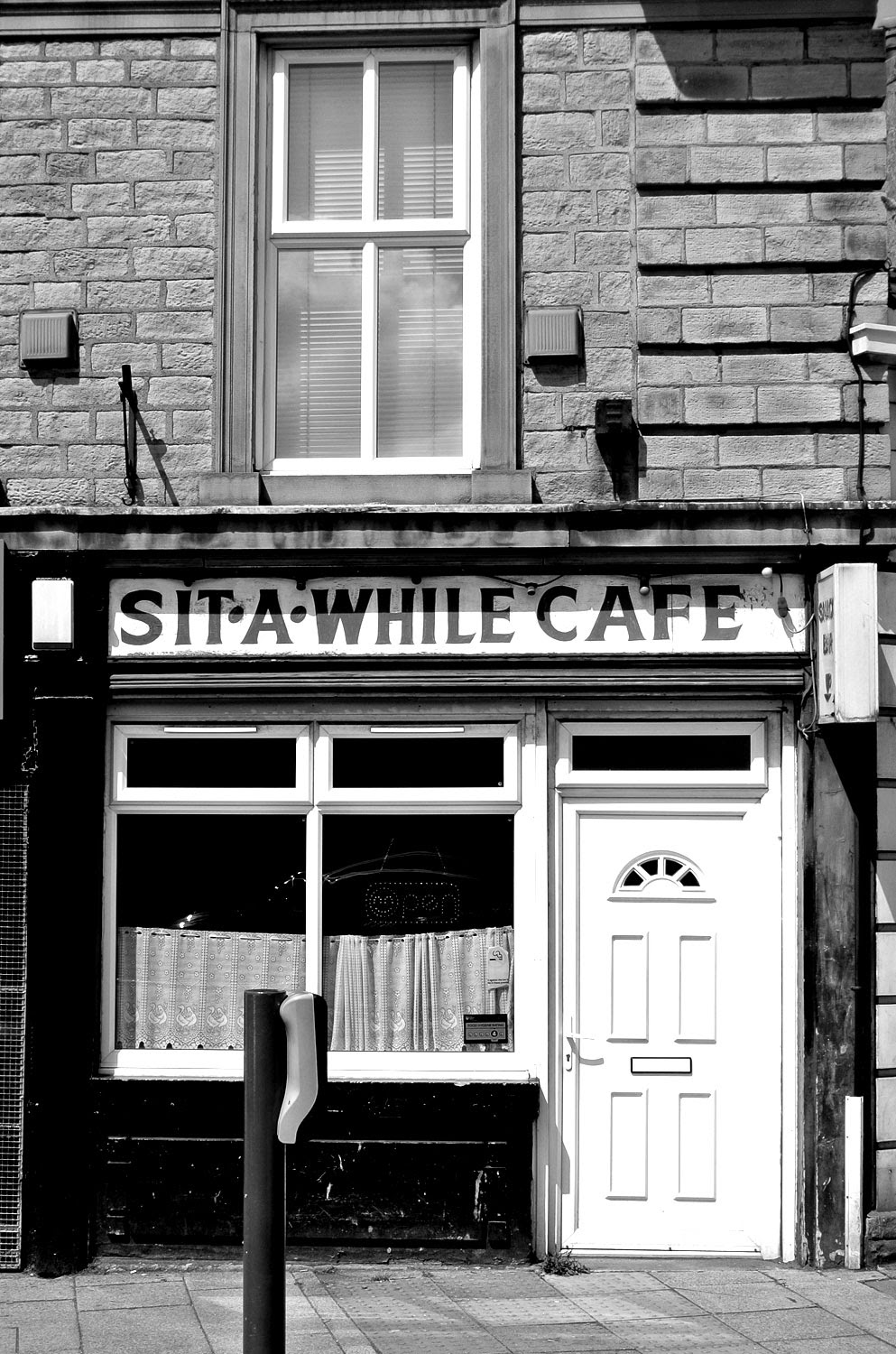 Yet again, the weather was glorious today, so I took a walk to nowhere in particular along the Old Wakefield Road out of Huddersfield. I wanted to take a photograph of the Sit-A-While Cafe for no other reason than it deserves a photograph. Had I an hacksaw with me, I would have happily cut down the tubular post that destroys the image. I know I could Photoshop it out, but that wouldn't give me the same satisfaction of feeling the saw blade cut through the offending structure. 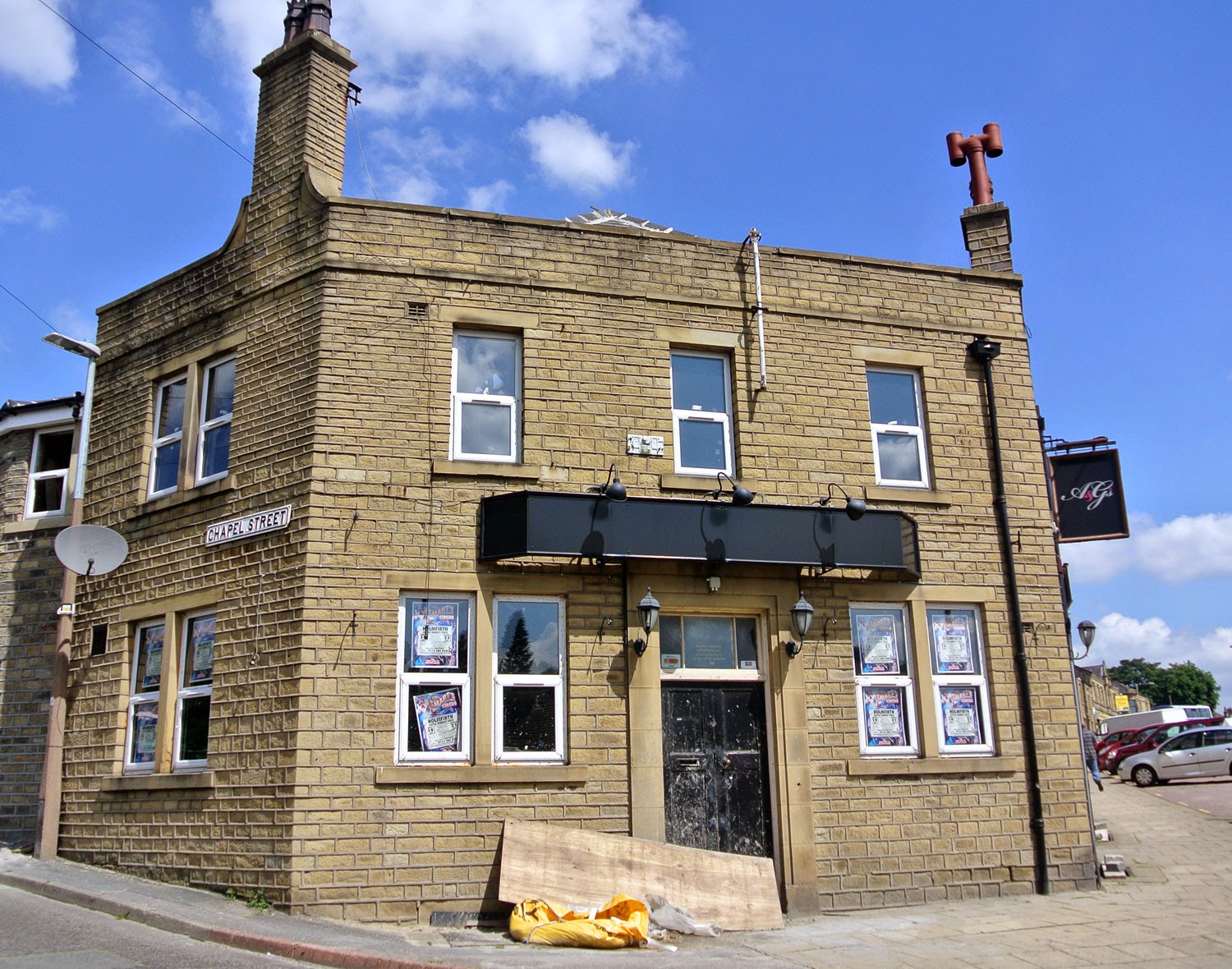 A little further down the road stands the shell of what once was the Green Cross Hotel. There is no great antiquity in the building, it having been built in 1930 on the site of not particularly beautiful early nineteenth century hotel. The name comes from a long-forgotten signpost at the crossroads which reputedly pointed the traveller in the direction of London. A few years ago, the pub appeared to undergo a transformation from fading tied house to twenty first century real ale and craft beer emporium, but it faded back into obscurity quicker than the pseudo head on a pint of John Smith's Smoothflow. It's last manifestation, according to the columns of the local newspaper, was as a "Adult Swingers' Club". It looks empty and deserted now, but, just to be on the safe side, I didn't attempt to gain entry in order to make sure.
at July 22, 2014