The PSC : Focusing The Scanning Beam On The Detritus Of Life

I recently joined an organisation called the People's Scanning Collective (PSC) which is dedicated to scanning and publishing worthless ephemera. The idea behind it is that records and documents which are seen as "important" will be preserved by a whole range of regional and national archival organisations, whereas the supposed detritus of life will be lost. PSC members therefore scan the kind of documents that would normally fall through the cracks in the historical canvas, make them available on-line, and leave the rest to Google. 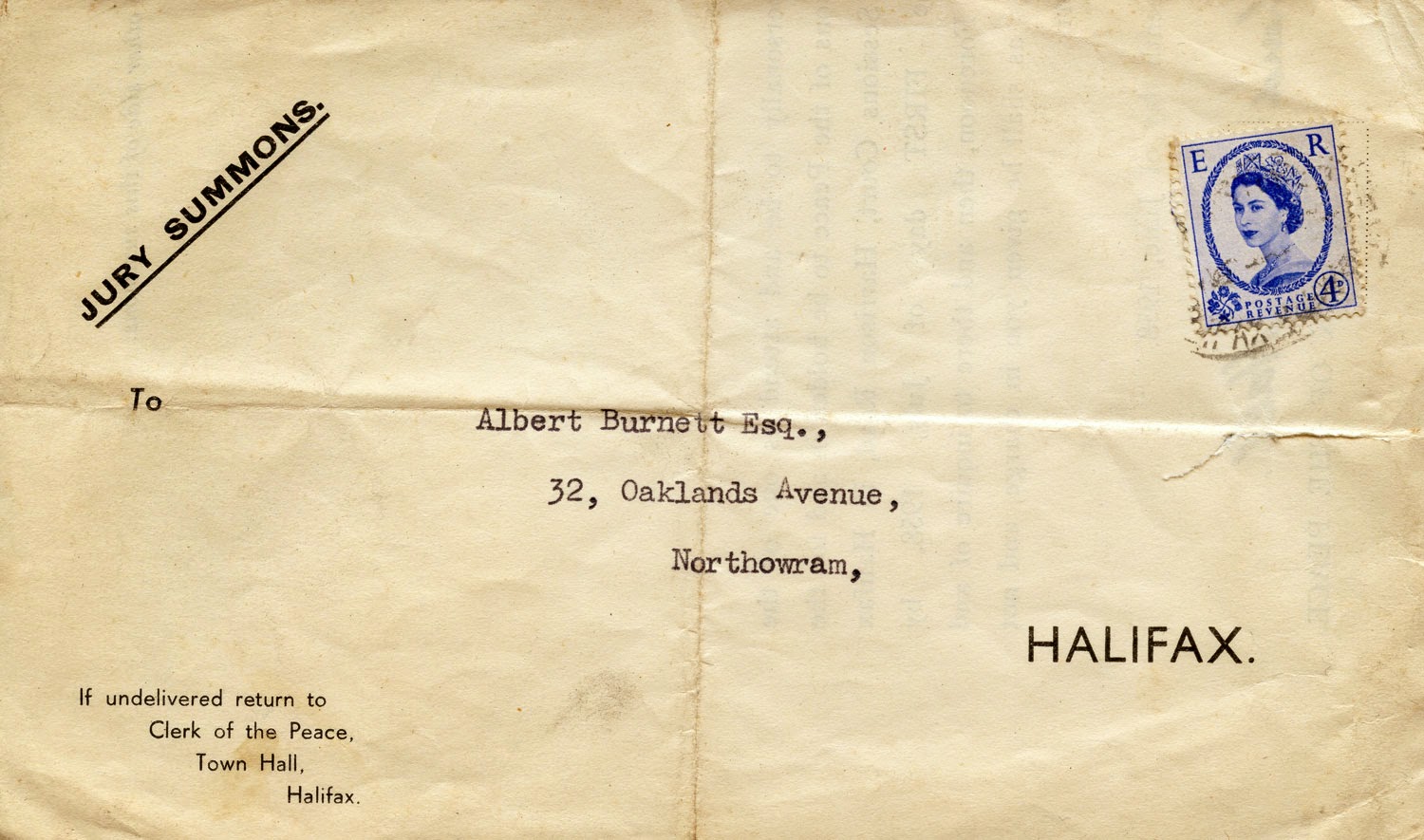 My contribution this week is a letter I recently found in a cardboard box of old family papers. It is addressed to my father, Albert Burnett, and was sent in June 1958. It is a Jury Summons requiring my father to attend for jury service at the Quarter Sessions in Halifax, West Yorkshire. The language is almost Dickensian with all the "to wits" and "be holdens". 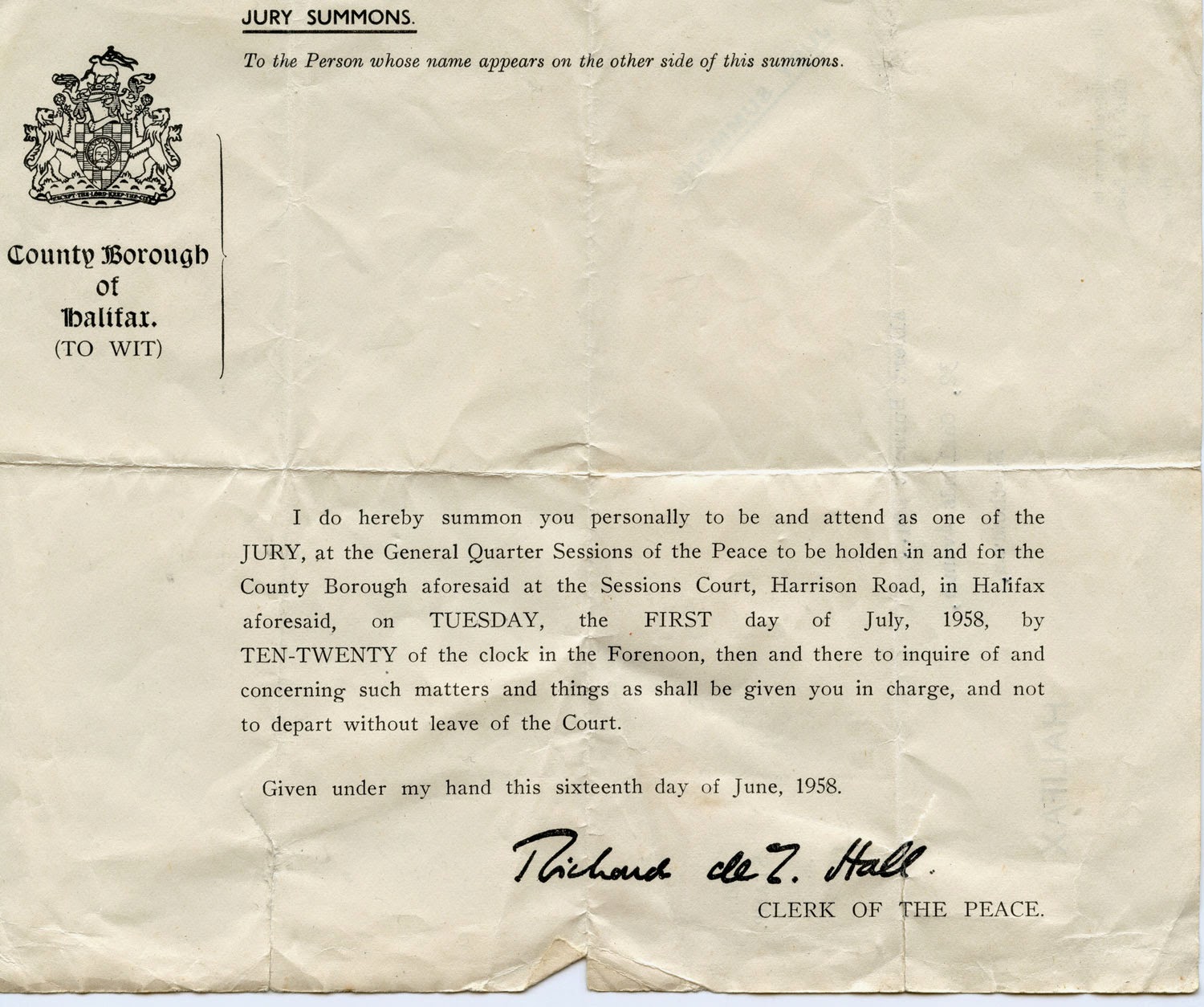 The letter is signed by Richard de Zouch Hall, a name that will be familiar to anyone who lived in Halifax in the 1950s and 60s. He was Town Clerk of Halifax from 1968 until the Borough was subsumed into the new Metropolitan Borough of Calderdale in 1973. He was the author of a number of books, including short histories of Halifax Town Hall and the Halifax Orchestra.


This may not be of interest to anyone, it certainly is not fascinating. But that is the whole point of the work of the PSC - focusing the scanning beam on the detritus of life.
at July 28, 2014