Sepia Saturday 237 : Google And The Right To Be Forgotten 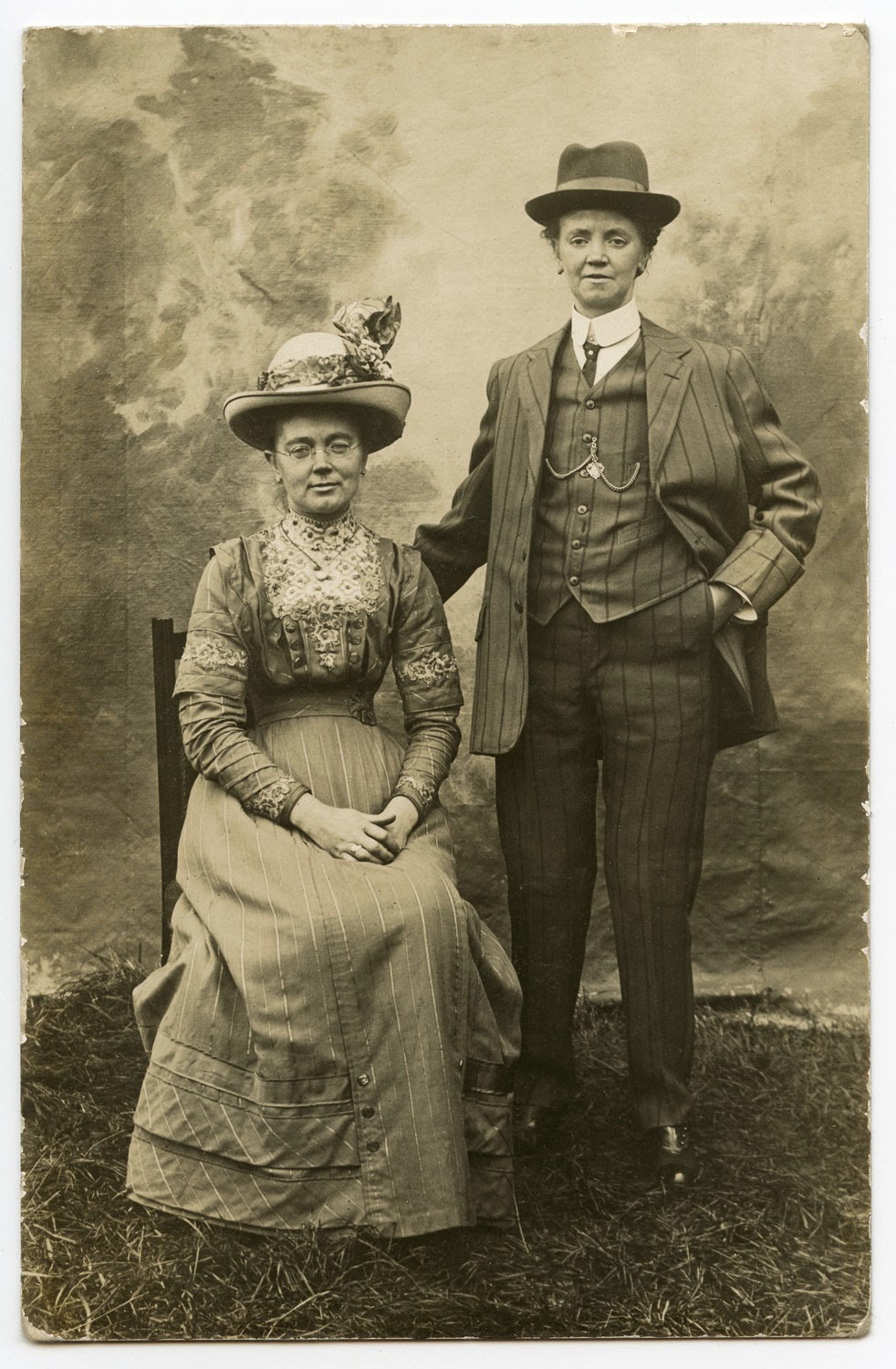 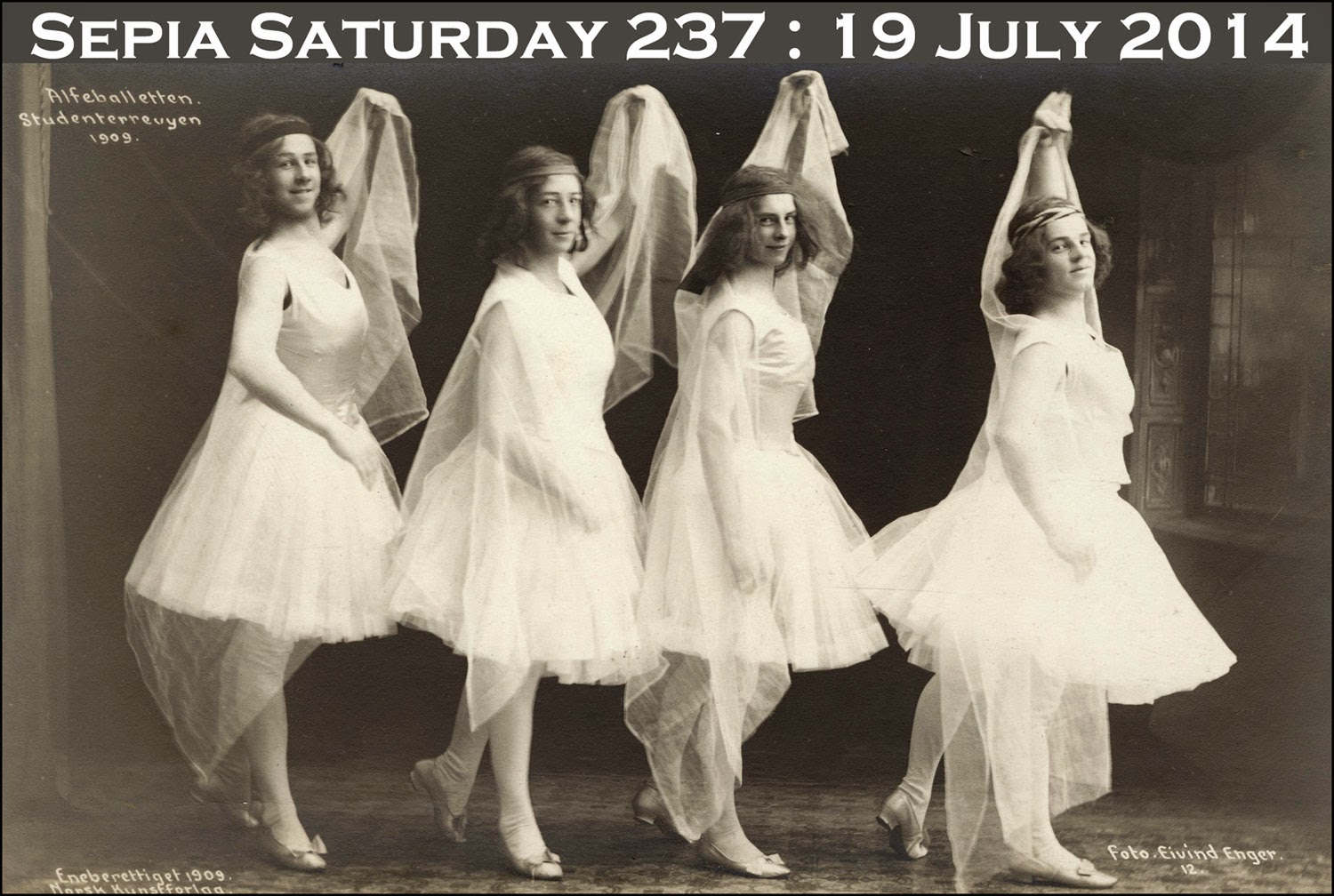 Our Sepia Saturday theme image this week came as a bit of a surprise to me. On one level it was no surprise at all - after all, I had chosen the image myself based on a suggestion by Sepian Wendy Mathias. The image she put forward as a potential theme was a little small and therefore I searched Flickr for something I thought was similar. What could be the difference between two sets of dancing girls?. As things turned out, it would appear that the difference was a spare Y chromosome! On closer inspection the dancing girls in the prompt turn out to be dancing boys and therefore we get a new potential Sepia theme for Sepia Saturday 237 : people of indeterminate gender. Which brings me to my featured photograph of the week - this Victorian portrait of a couple which seems to have been taken in a makeshift tented studio, perhaps at a country fete. On the left we have, without doubt, a seated lady; but on the right we have what looks like another woman dressed as a man. 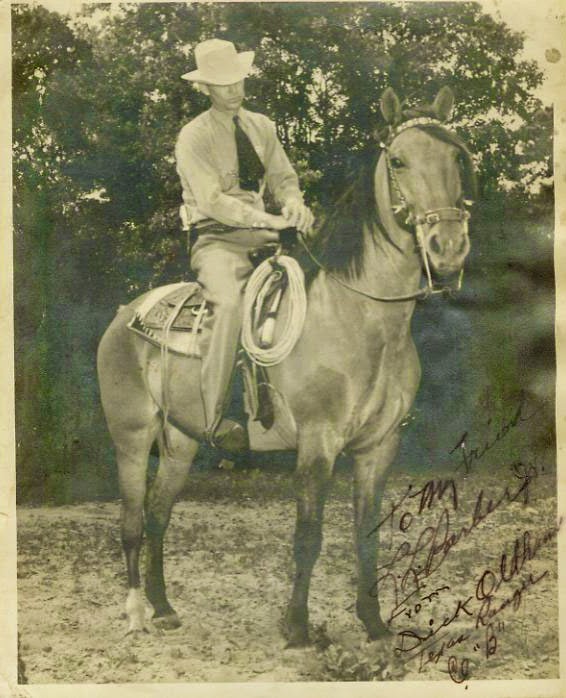 There is a minor secondary mystery about this particular photograph. When I selected it for use in my post this week, I couldn't get rid of the suspicion that I might have used it before. If so, it must have been a long time ago and therefore it would be new to all but the most ancient of Sepians (Yes, Bruno, I mean you). In order to double-check I decided to do a Google Search, making use of the facility by which you can give Google an image and ask it to find all previous occasions when that image has been used on the Web before. It came back with no exact matches but a selection of close matches - one of which was this picture of a Texas Ranger on his horse! I was beginning to think that Google might not be the all-powerful brain of the universe we often credit it with being. But perhaps it is just that someone is making use of this new legislative "right to be forgotten". Perhaps the gent in my old family photograph had decided that the photograph of him did little to flatter his rugged and masculine good looks and therefore instructed Google to forget it.

Whilst you might want to forget an embarrassing photograph from your past, don't forget to visit the Sepia Saturday Blog and check out all the contributions this week.
at July 20, 2014