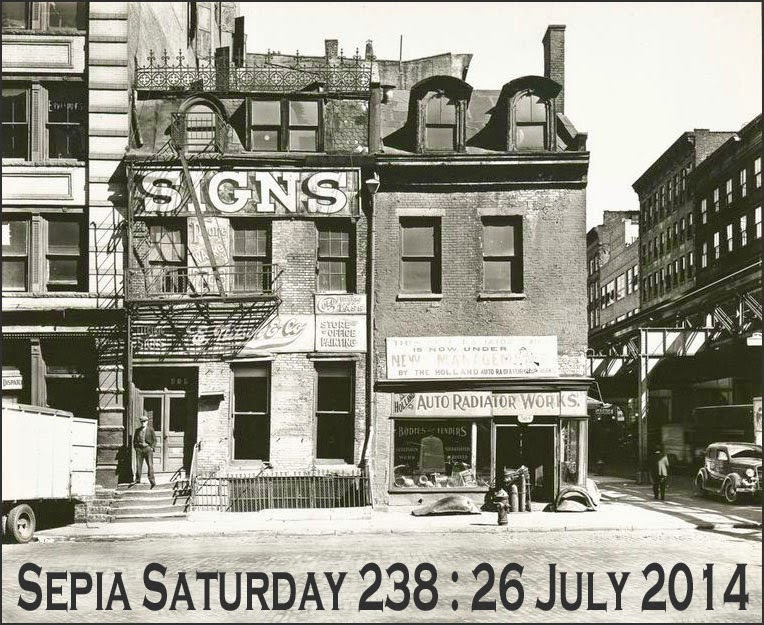 Our Sepia Saturday prompt this week features a sign on the side of a building which, appropriately enough, says "signs" (based on the same logic I am tempted to call this blogpost "Blogpost").  Looking for a family connection to signs, my first thought were drawn towards my father, Albert who, on leaving school in 1924 was apprenticed to a signwriter. Alas, his apprenticeship didn't last too long as after a few days the school authorities decided that he had left school too early and made him go back for an extra few weeks. By the time he eventually left school, the signwriting job had gone. Many years later, I managed to replicate his early career move when I managed to get a job as a press photographer. Alas, between getting the job and finally finishing school, the newspaper closed down and my life went off in a different direction.


But I am not following this particular sign for my Sepia Saturday post this week, I am, instead, moving off in a maternal direction. Here are a couple of photographs featuring my mother, whose birthday it would have been on Sunday. Both photographs feature signs, and the signs take us to opposite ends of this country of ours (I realise I might need to amend that last sentence in the light of the results of the referendum on Scottish independence which will take place in a few weeks time). 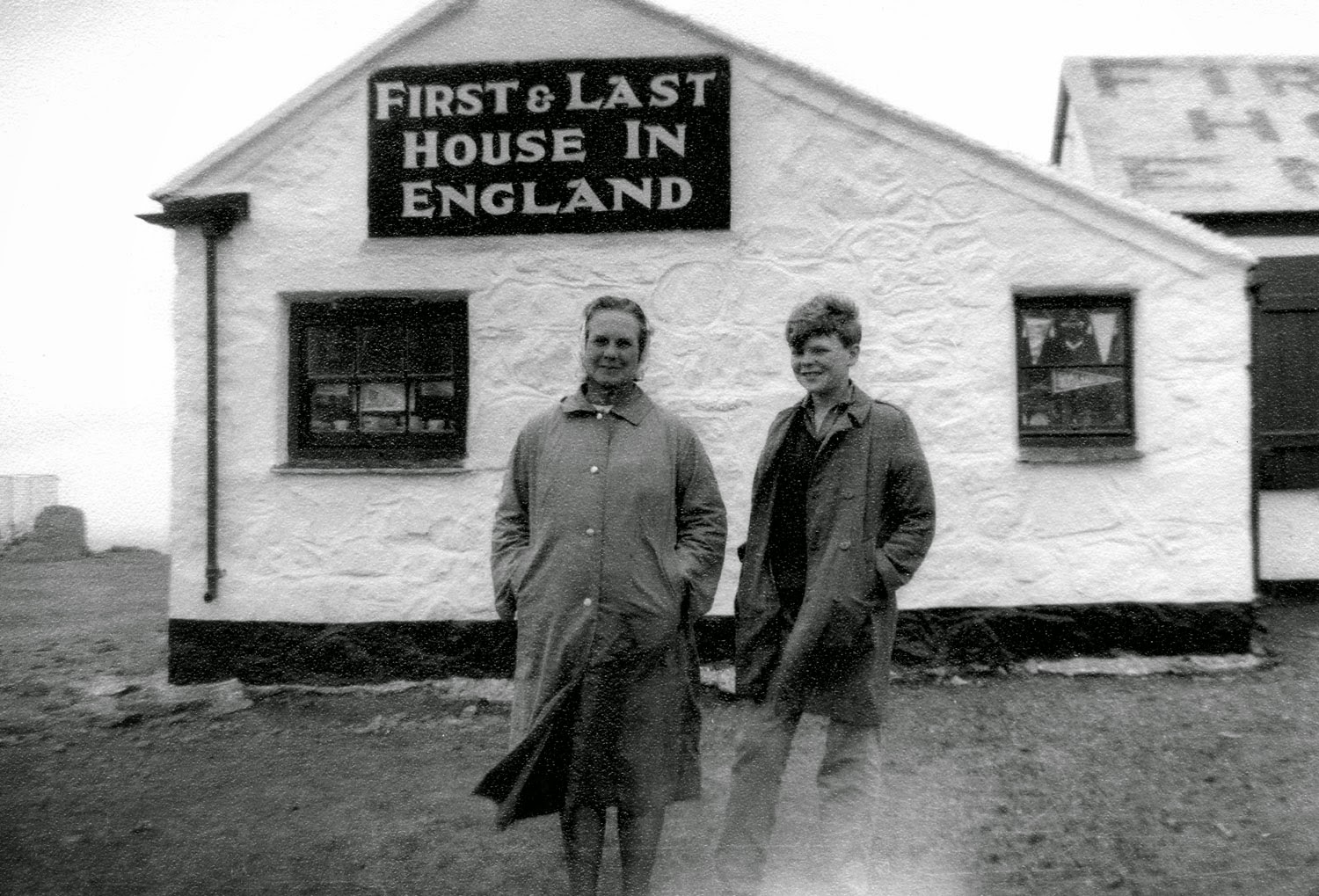 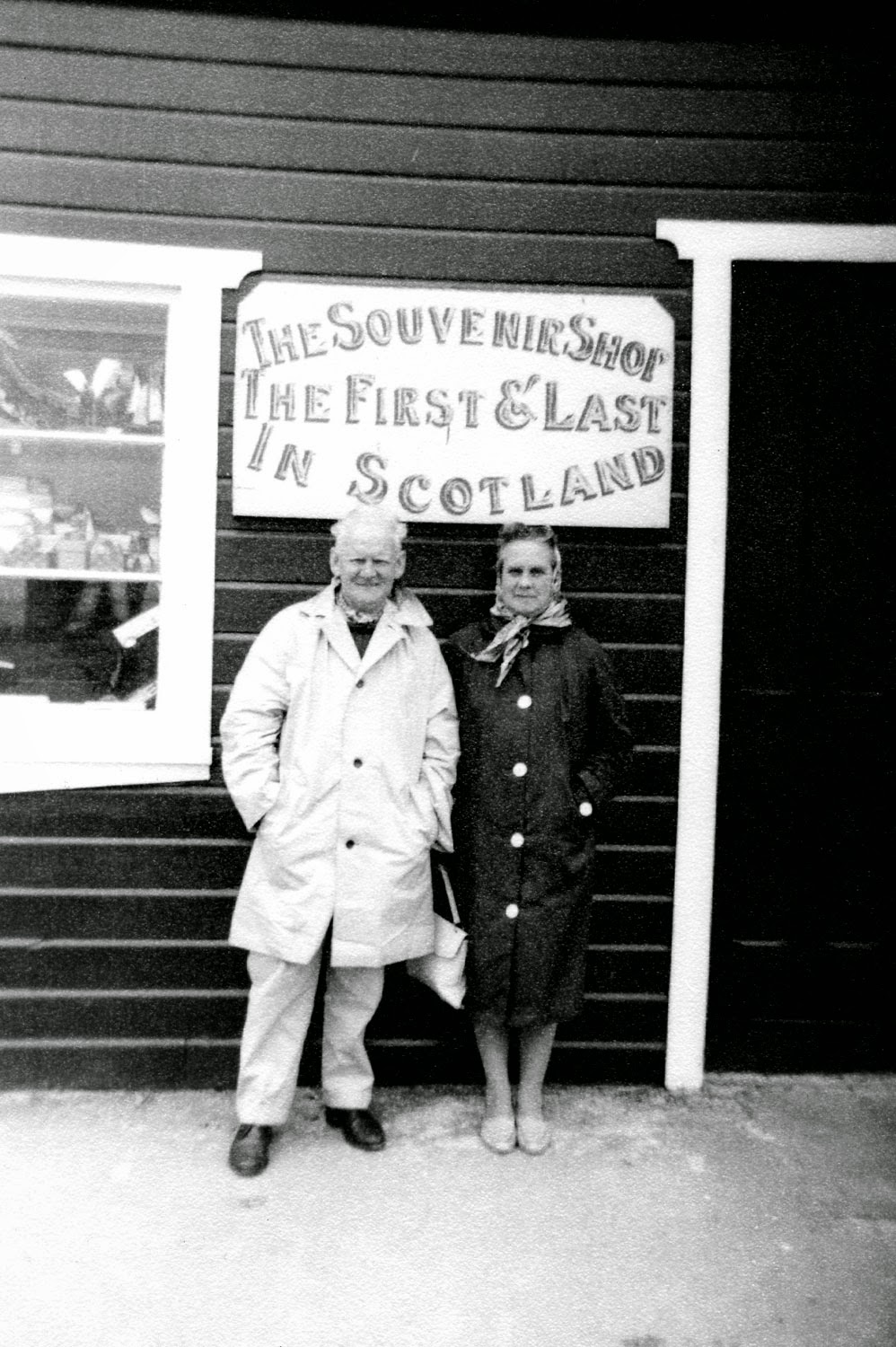