Pitching And Panicking : Halifax In August 1914 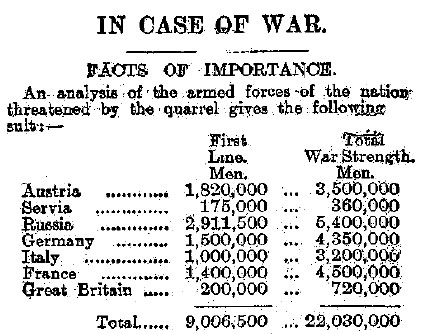 At last, like the arrival of a long-expected guest destined to spoil the party, the coming war began to dominate local newspapers in Britain in the days leading up to the formal declaration of war between Britain and Germany on the 4th August. The above table was published in the Halifax Courier of the 1st August 1914. The article went on to predict some of the consequences if Britain found itself caught up in what was still called a "European War"


WAR's EFFECTS ON ENGLAND
How a great European war would affect the internal condition of our own country was stated some months ago by Major Stewart L Murray at the Royal United Service Institution. He prophesied:
- Extreme confusion in banking and commercial circles.
- The downfall of the modern international credit system was not beyond possibility.
- Widespread ruin, impoverishment, and unemployment.
- Many factories would have to close or partially close.
- Food prices would rise to famine heights, and millions of the poor would be forced on the rates.
- Our export trade would be in confusion at the outset of war, and throw further multitudes out of work.
There were 10,000,000 people who would be unable to pay the famine prices for food and they would not starve quietly. All sugar, bacon, ham, eggs, butter and tinned meats would disappear during the first week of war, being bought for domestic storage, and in a month the available stock of flour would begin to give out, the rest being bottled up. Serious bread riots were to be expected.


This analysis appears to be based on a European war that Britain did not play an active part in. As events proved, our participation in the fighting had a grim and distressing way of soaking up the "unemployed". 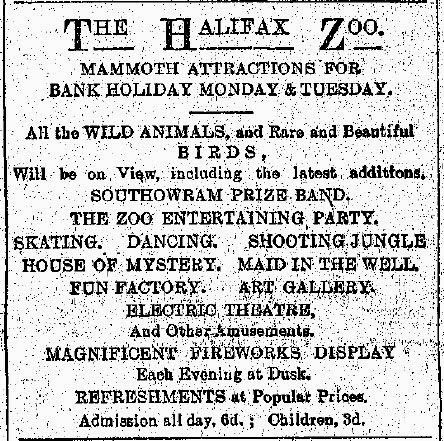 Halifax Zoo was opened at Chevinedge Park, Siddal in 1909 and for a short period of time it was a very popular local attraction. It did, however, have a bit of a reputation for allowing animals to escape and there are various stories of elephants, wild boars and even a grizzly bear demolishing the fences and escaping into Elland Woods. The wartime period saw a decline in its popularity - and a difficulty in sourcing the required animal food - and the zoo was closed down in 1917, the various animals having being "disposed of".


BRADSHAW MEN AT PITCH AND TOSS


Mr Wilkinson, presenting the case for the defence, said he had given careful consideration to Stone's Justice's Manual, and there was not such a game known to the law as pitch and toss. It was true that one would be doing something unlawful if one gambled or wagered with coins in a public place, but there was no suggestion that pitch and toss was a game that anybody could not play. There had not been a single word of evidence that defendants were gaming or wagering on that particular day....


All the defendants appeared in the box, and in turn, stoutly denied they had played pitch and toss. After five minutes retirement, the Chairman announced that they considered the case had been fully proved against all defendants, and they would each be charged 10s, with 7s costs.


Pitch and Toss is a gambling game in which a group of people throw coins at a given target. Whoever throws the coin that lands closest to the target gets the chance to toss all the coins and keep those which land "heads". At a time when betting shops, casinos and on-line gambling is rife, I have found it impossible to discover whether playing pitch and toss would still be illegal. 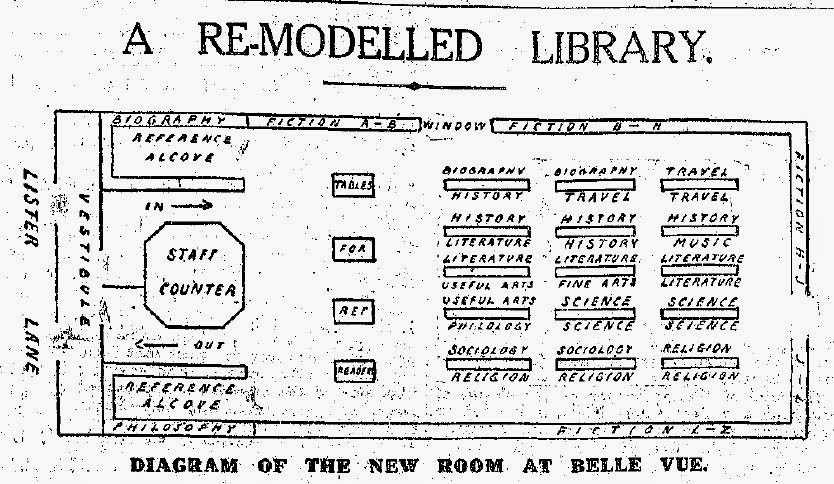 Halifax Library announced it would close for five weeks in order to carry out a re-arrangement of its stock. The above diagram illustrated the new lay-out. The distinction between "useful arts" and "fine arts" can be noted together with the amount of shelf space devoted to religion and philology (the study of language). 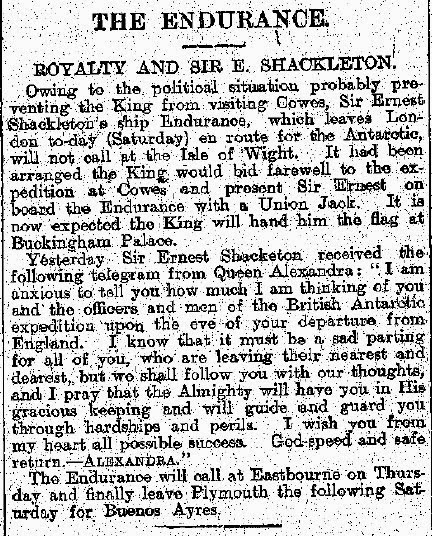 The Endurance took Sir Ernest Shackleton and his team to the Antarctic Ocean but they never landed on Antarctica itself, as the ship got stuck in the pack ice at the beginning of 1915. It was slowly crushed and sank and Shackleton and his colleagues then begun an epic escape journey which eventually led to the rescue of the crew over a year later. The story of the mission has been the subject of several books and films.
at July 29, 2014