On The Road To The Brewery With Blanche Ring 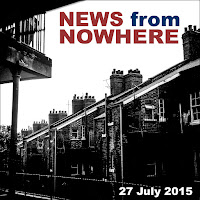 Another of my experiments with a weekly edition of News From Nowhere; one which will grow day-by-day and track the circuitous route of my random thoughts. In this week's edition:

A ROUND OF BREWERIES 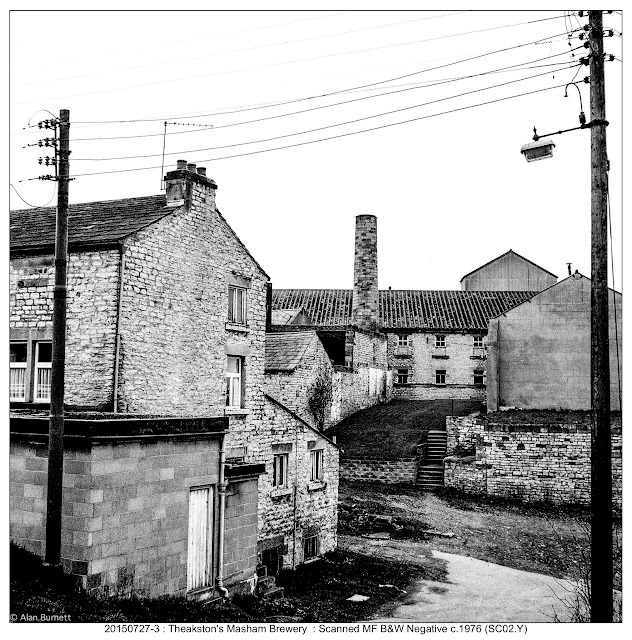 I have always been drawn to breweries. It's not just the purpose of them, not just the smell of them, but the look of them as well. Ever since I have been old enough to hold a pint glass in one hand and a camera in another I have been taking photographs of breweries. A recent batch of negative scans threw up a couple: a round of breweries so to speak. The first photograph was taken in the North Yorkshire village of Masham and dates back to the mid 1970s. At that time it would have been the Theakston Brewery but twenty years later - following a split in the family - it would become the Black Sheep Brewery. 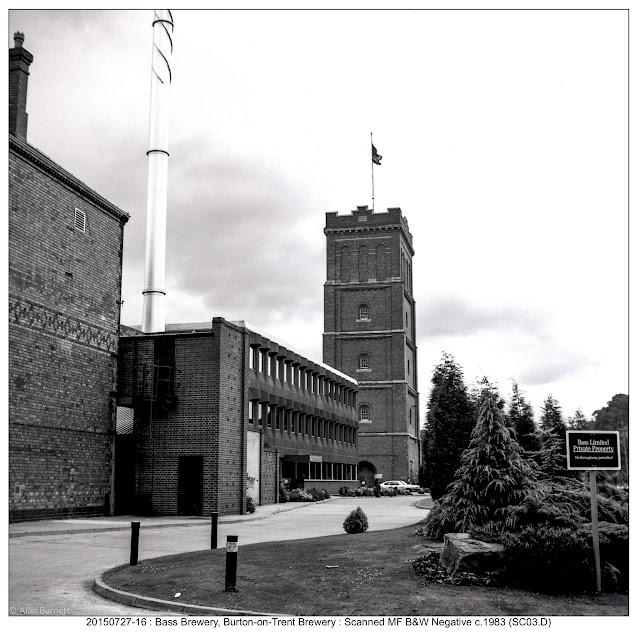 The second photograph was taken some ten years later and was taken in that capital of the British brewing industry, Burton-on-Trent. Whilst Masham is rustic, Burton is on a different scale with grand towers and barrel stores. Looking at the two locations now, it is Burton - the home of the big brewers - that has suffered the most. The small-scale has prospered, the rustic has risen again.

ON THE ROAD WITH BLANCHE RING 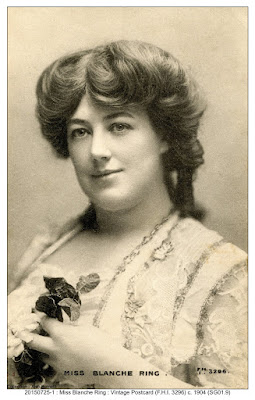 When I was young my father had a motor scooter. Some days we would go off together, my father at the front and his ten-year old balanced on the pillion, out into the wide world to explore. The rules of this game were that we would have no destination in mind, we would go out and see where the road took us. They were some of the happiest days of my childhood.

One of the delights of being an aimless blogger is that I can  adopt the same approach to my blog: I can set off with no destination in mind, invite who I want to sit on my pillion, and see where the road takes me. And so I set out this morning with a picture postcard of Blanche Ring in my hand - a card snatched at random from a batch of old picture postcards I bought on eBay a few weeks ago.

Blanche was an American star of the musical theatre and early Hollywood films, born in Boston in 1871 and part of a family whose links with show business went back several generations. She was lucky because her fame coincided with a series of technological innovations which was able to spread her image and her voice worldwide. She was a popular star in the first decade of the twentieth century and therefore an obvious choice for the postcard printers during that decade of picture postcard madness.

She was a singer of popular songs in the age when the gramophone was becoming a popular form of home entertainment, one of the very first of the record stars. During the early years of the twentieth century she recorded a number of hit songs - The Good Old Summertime; Bedelia; and the impressively named Come Josephine in My Flying Machine - and her 1909 recording of Yip-I-Addy-I-Aye was one of the top selling records of 1909. Here is a sample of Blanche's voice:


And by the second decade of the century, Blanche had struck it lucky again - technology had brought along moving pictures, and Blanche could certainly move. So off she went to Hollywood and starred in films with the likes of W C Fields and Bing Crosby.


Blanche was married four times but none of the marriages lasted long: "she sacrificed her home for her art", her mother once said. She was still making movies in the 1940s and she still sung occasionally until a major operation on her larynx in 1955. By then, her health had gone into decline and she had a stroke in 1959 and eventually died in a nursing home in Santa Monica in 1961, aged 89.

Until I picked that postcard up I had never heard of Blanche Ring, but now that I have shared a brief motor scooter outing with her, I feel that she is a friend. As we motor our way home, you could join in as we sing The Good Old Summertime. 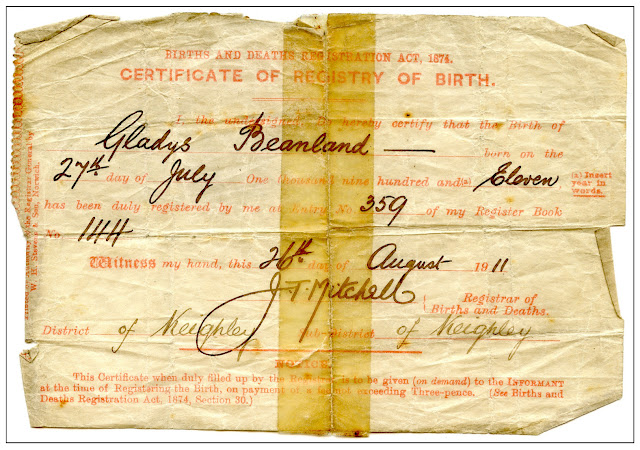 It would have been my mothers' 104th birthday today.  I found this old, crumbling, tissue-paper thin birth certificate in one of my Family History files and decided to scan it and save it for posterity before it crumbles into paper-dust. Think of it as my birthday card for Gladys.
at July 27, 2015