The Day My Mind Was Hijacked By A Fancy Draper 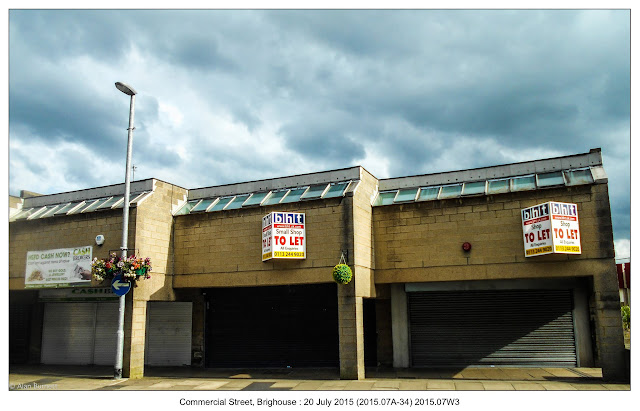 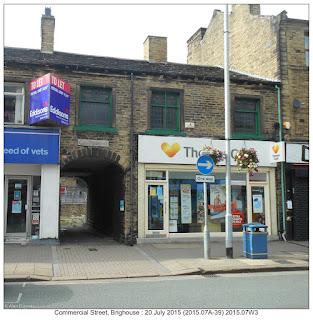 I was walking down Commercial Street in Brighouse last night when I got hijacked: or to be more accurate, my mind got hijacked. I suppose that my mind was susceptible to seizure as my senses had been dulled by several shops displaying "To Let" signs inter-spaced with layers of Charity Shops and pawnbrokers. Only the western end of Commercial Street is faceless concrete and further down the street I was looking at one of the older buildings with its yard passage and its leaded windows and wondering what it was like 100 years ago. And that is when my mind got hijacked; a total prisoner of this thought until I had found some form of answer. My plans to write Chapter 11 of the Great Novel of the twenty-first century (*) were put on hold and I abandoned work on my 3rd concerto. Everything else now takes second place to my exploration of the history of Commercial Street, Brighouse.

All I have managed to acquire so far is a rough picture of the street based on 1911 census returns, but even this provides a fascinating window into social history in the early twentieth century.

I accept that the above may sound like a boring list to some people, but to me it is poetry. The names are like a list of Coronation Street characters from the 1960s, and some of the occupations fit the names like a kid glove. How could Revis Anson grow up to be anything other than a fancy draper?

Those who know me will appreciate that my eyes were immediately drawn to the four pubs on the list (one of which, The George Hotel, is still in existence). That is where my search will start and we shall see where it takes us to. That is if nothing else comes along to hijack my mind in the meantime.