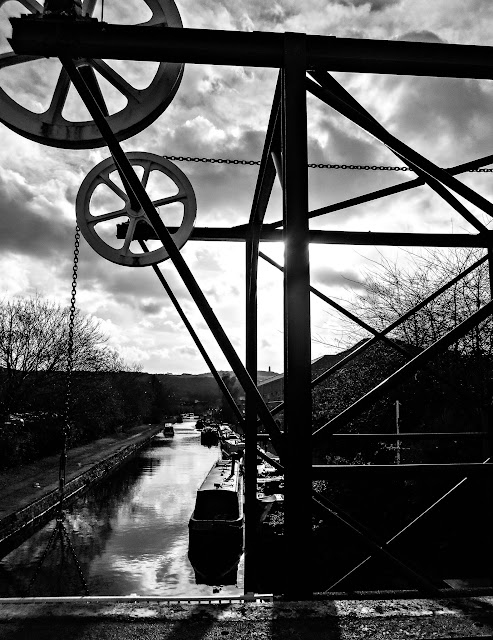 When the sun is low in the sky and the clouds speed past with turbo-charged intensity, the scenery of the West Riding of Yorkshire is shown off at its best. I took this photograph earlier today, on my way to meet a friend for lunch. The bridge is the Quay Street Bridge in Huddersfield and the canal is the Huddersfield Broad Canal which has been there since 1776. In the distance you can see Castle Hill - the one-time site of an iron age hillfort, a twelfth century castle, a deserted medieval village and now,  a Victorian tower. Whatever is placed on top of Castle Hill, the same turbo-charged clouds speed past en-route from the Atlantic to the Russian steppes.
at November 16, 2015