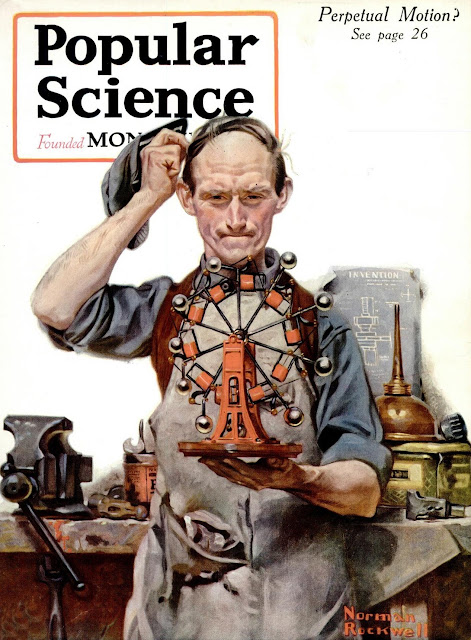 I got an email the other day which promised to reveal to me the secrets of perpetual motion and consequently the chance of the free generation of energy. The organisation which sent it to me said they had been closed down by "Big Energy" who were determined that the possibility of an endless supply of free electricity should not become public knowledge. Big Energy has obviously being doing a good job because the email informed me that the secret was discovered some 84 years ago. 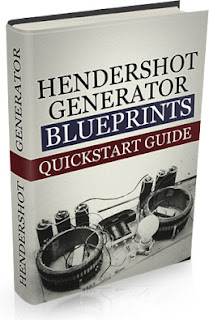 This particular email was referring to something called the "Hendershot Generator" the blueprints of which you can find in endless books and articles. It has all the necessary ingredients of a perpetual motion device : (1) It looks complicated; (2) It sounds simple; and (3) It doesn't work.  If you are tempted to spend your money by sending for the plans and building your own perpetual motion generator - save it and buy a pair of fur-lined gloves instead - they will have a better chance of keeping you warm as winter approaches.

Many years ago I worked in politics and it was my job to meet and greet visitors who were wanting to see the Prime Minister. My position was a lowly one within the organisation and therefore I was allocated the job of dealing with the crackpots who would turn up demanding to see the then PM (Harold Wilson) because they were ambassadors of an alien culture, or they had just escaped from being kidnapped by spacemen, or they were the lawful successors to the British throne. A regular visitor to my office was a somewhat wildly dressed man who carried a brown cardboard suitcase within which were the plans for his perpetual motion machine. On cold winter afternoons when I had nothing better to do I would provide him with a cup of tea and allow him to get his blueprints out on my desk and talk me through his harebrained schemes. He didn't want money for his invention nor a title and a seat in the House of Lords; he merely wanted recognition and his deserved place in posterity.

Perhaps, after all these years, he is still around and now sending out emails. As I read them, I am aware that the rain is once again lashing against my window and the first snow of the season is forecast for later this week. And I wish I had taken more careful note of his blueprints because the prospect of an endlessly free electric fire is quite an attractive one.
at November 18, 2015