On Being A Bit Ambivalent About Development 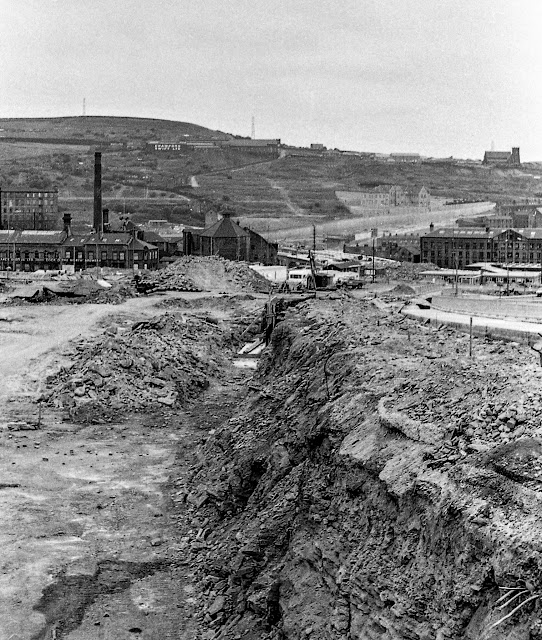 I can't avoid being a bit ambivalent about development. I am the first person to shout and scream at the developers who tore down so much of the West Yorkshire that I grew up with; spurred on as they were by a cocktail of profit and prophesy. With their anthems declaring that the bright new future demanded bright new roads, shopping centres and apartments they lay waste to whatever was seen as old or quirky or tired. But at the same time I don't want to live in an environment that has been pickled in malt vinegar, unchanging and ridiculously old-fashioned like an email written on vellum.


Such thoughts are spurred by this photograph I took back in 1970 or 1971 when construction of what was to become Burdock Way in Halifax got under way. The route of the road is like a giant scar violating the Yorkshire earth, and I long to see the houses and mills and factories that once inhabited what were to become the concrete fields of Halifax.


But then I remember that, in the main, they were poky little back-to-back houses with outside toilets and damp bedrooms thrown up by some early nineteenth century developer who was equally spurred on by profit and a belief that the workers of the new Victorian age needed new Victorian housing.