A Tale Of Ripe Beer And A Neighbourly Alderman 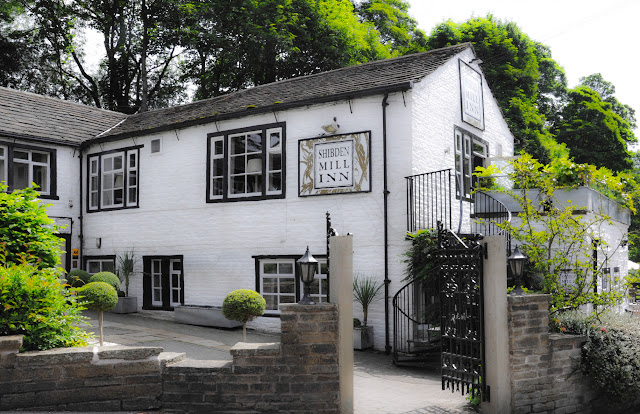 The Shibden Mill Inn is a delightful pub, set in glorious West Yorkshire countryside. It is a place where you can get a splendid meal, but it is also somewhere where they are just as happy to serve you a pint of real ale and a bag of peanuts. Most hours of the day and night, 365 days a year, rain or shine, you will find a welcome at the foot of Blake Hill. And so it has been for over three hundred years.....


This intriguing story comes from the local Halifax Courier and Guardian of 77 years ago and illustrates how the laws on drinking have changed over the last half century. It is a report of a police prosecution of the landlord of the Shibden Mill Inn, Jonathan Whitworth, for serving alcohol outside licensing hours, and of a customer, Harry Rawson, for consuming a glass of beer a few minutes after closing time on Christmas Eve 1938.

You can read the story and marvel at the degree of fuss which is made about such a minor incident. You can ponder on the motives of the two policemen who obviously had nothing better to do than to stand in a pub yard at quarter to midnight on Christmas Eve in the hope of trapping some recalcitrant imbiber with beer froth stuck to his upper lip. You can marvel at the evidence - presented with all the seriousness of a murder trial - whether the handle of the beer glass was turned in the direction of the customer or the landlord, and whether the ripeness of the beer was the cause of the lasting head. You can sit back and enjoy the defence put forward by Harry Rawson: the fact that he had witnesses prepared to swear  that he had not touched the demon drink for months and his wonderful doctors' note saying that he "was not to touch beer at certain times of the year".

Ridiculous as the case undoubtedly was, I was glad to see the outcome of the trial that was heard in front of Alderman Leach and Alderman Stirk. They dismissed both cases with Alderman Leach commenting - no doubt with a twinkle in his eye - that he thought it was foolish of the Landlord to leave glasses lying around.  When I was young, the same Alderman Leach lived next door but one to me. By then he was very old, but he was a splendid chap who retained that very same twinkle in his eye.
at February 03, 2016