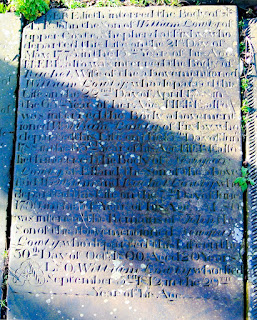 I was wandering around Elland churchyard on a lovely bright February day, looking at the gravestones and exchanging greetings with the couple of chaps enjoying an early can of Fosters Lager - the way one does. Churchyards are such special places - all that history beneath your feet. Every step takes you to a new family, every glance highlights a new life and a new death. I paused at the grave of the Lowly family, who came from the same part of the valley as I do. I said "hello" to John Lowly - who departed this life of the 30th day of October 1800 - and then passed on - the way one does.

An old newspaper blows across an old graveyard - history at its best.

"Recent letters from Mr Jackson, chaplain to the Colony in New South Wales, state its condition to be most promising; grain of all kinds, but more especially barley, was abundant; and some hop-feed, which about three years since was sent from England, had thriven on such a manner, that several plantations had been formed, and porter of the best quality brewed with it."

"Lord Nelson is supposed to be on board one of the packets from Hamburgh now at sea, with one of the Mails so long due, and anxiously expected. Lady Nelson is said to be waiting his arrival in town.”

John Lowly - the son of the aforementioned Newyear Lowly - departed this life on Thursday the 30th October 1800. On that day Britain was still at war with Spain and France. Whilst the newspapers were claiming that Lord Nelson was being anxiously awaited by Lady Nelson, it was, by now, Emma Hamilton who anxiously awaited him. In Australia the beginnings of the brewing industry that would eventually take us to that can of Fosters Lager were being established. And if you wanted to take a fast coach from Exeter to London you could just about make the journey in 24 hours. 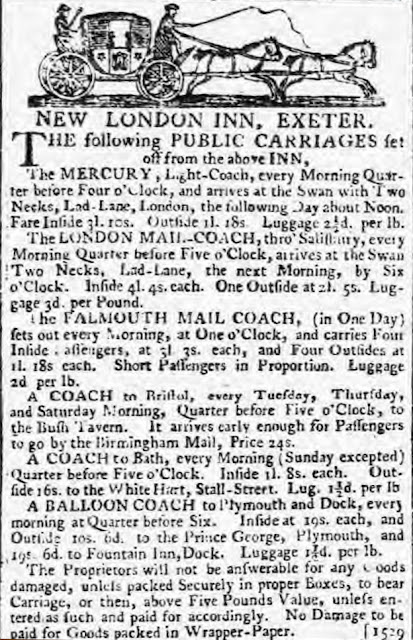