I Think This Is The Mill - No It's Not 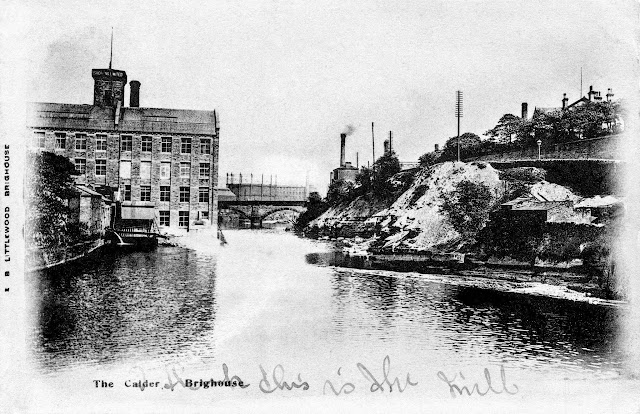 An old picture postcard of the River Calder at Brighouse - a little bit of history captured in an image. But look behind the photograph and there is another little bit of history recorded. The postcard was send in October 1903 and the message on the reverse reads as follows: "We have just been witnessing an enormous fire, a cotton mill burnt to the ground. It was a sight never to be forgotten. Tell Das it was the one on the right of the canal bank on the way to the station, I remember showing her it. A fireman broke his neck, damage to mill, is estimated at £60,000. How funny Daisy should have seen a fire too, isn't it?" On the front of the card is written "I think this is the mill". 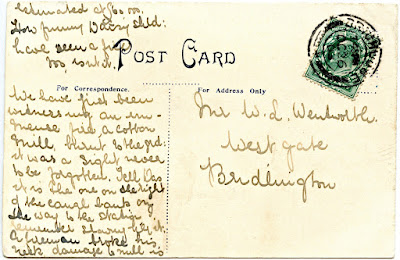 The great fire at the Ormerod Brother' Alexandra Mills started on the 26th October 1903 (the day my postcard was sent). Six fire brigades sent engines to try and control the fire but it completely gutted the building and the flames could be seen from miles around. One of the firemen, Alexander Carmichael, lost his life when he fell of one of the fire engines rushing to tackle the blaze..

The mill in the picture is that of Mssrs Sugdens - and not the one which was burnt down. Alexandra Mill stood behind Sugden's Mill - the chimney can just be seen in the photograph.