Sepia Saturday 324 : A Walk Down The Cobbled Streets Of Clovelly 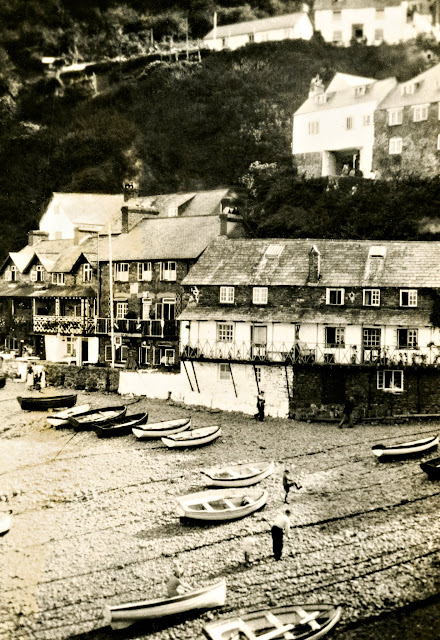 Our Sepia Saturday theme image this week features a public house. Now as all my friends know, I am not particularly fond of public houses - didn't my parents enrol me in the "Sons Of Temperance before my fifth birthday! - and therefore I must pass the New Inn by and concentrate my sepia imagination on its location, the village of Clovelly in Devon. Clovelly is one of those places that the word "quaint" seems to have been invented for - lovely old cottages, narrow cobbled streets, picturesque donkeys: not to mention sun, sea and little fishing boats. It was a "photo opportunity" before photo opportunities were thought of, and a fair proportion of the population of Great Britain will have a picture of Clovelly somewhere within their family albums.


The first of my pictures dates back to the mid 1930s and was taken by my father during one of their "touring" holidays of the south-west. The touring was undertaken on a motorbike and sidecar with stops at bed and breakfast establishments throughout Devon and Cornwall. 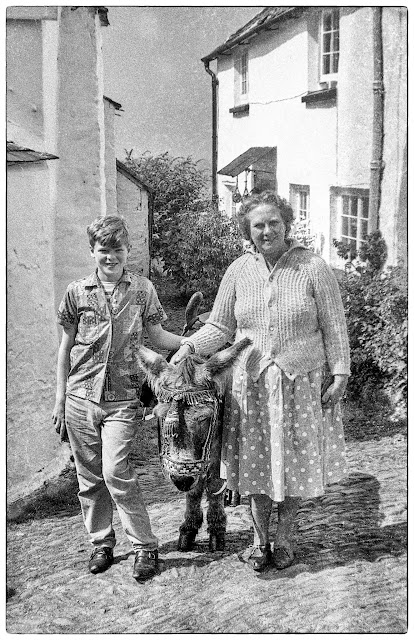 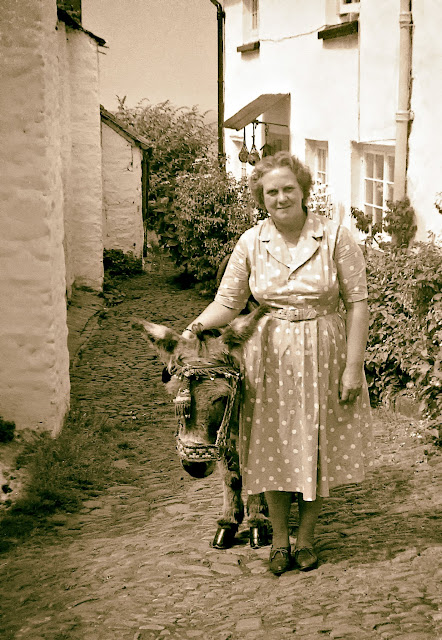 My other two photographs date from two decades later - at a guess they probably were taken in or around 1960 when I was twelve years old. One shows me and my mother posing next to one of Clovelly's iconic donkeys, and they other is a smashing shot of my mother with the same laconic donkey. Looking at the photograph now - some 55 years after it was taken - it makes me long for those youthful days when the sun always shone and expectations could always outnumber realisations. Such thoughts are in danger of pushing me towards the maudlin : it's time to go to the pub! I wonder if the New Inn is still serving?

After you have enjoyed a drink at the New Inn why not pop over to the Sepia Saturday Blog to see what other Sepians are up to.