POSTCARDS FROM HOME : Tea For Two And A Good Cigar 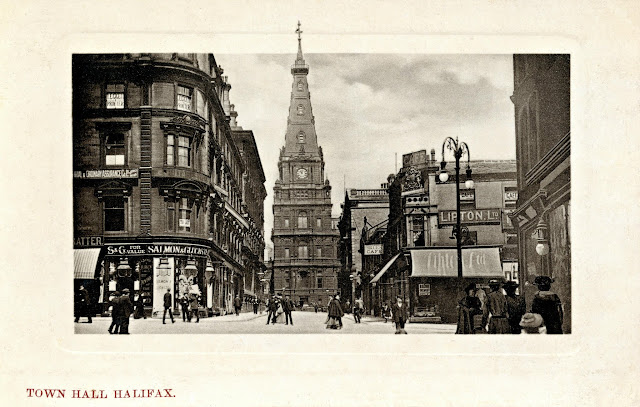 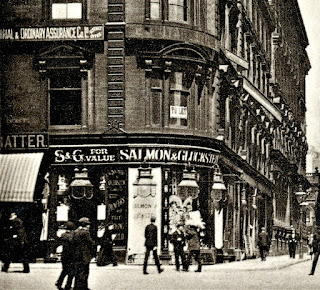 This early twentieth century postcard shows Princess Street and the splendid Halifax Town Hall. Like all good real photographic postcards, it also provides us with a fair amount of collateral history in terms of the shops and businesses captured by the camera lens.


The shop at the corner of Princess Street and Crown Street is the Halifax branch of the tobacconists, Salmon and Gluckstein. Founded in 1873, by the end of the nineteenth century the firm had become the largest retail tobacconist in the country with over 140 stores. It is interesting to note that Montague Gluckstein, the son of one of the founders of the company, was keen to diversify into catering, but the rest of the family didn't want the family name "tainted" by being linked to the catering trade. Montague was therefore forced to take a cousin into the business - a certain J Lyons - and the resulting company adopted his name ... and subsequently developed into one of the largest food and catering firms in Britain.


On the other side of Princess Street you can just make out the premises of Skue's Cafe, above Lipton's grocers shop. Skue's was a Halifax institution, with cafes here and in Wade Street. As I walk around Halifax today, I sometimes think that it is made up of nothing other than cafes and electronic cigarette shops.