Standing Around For 125 Years 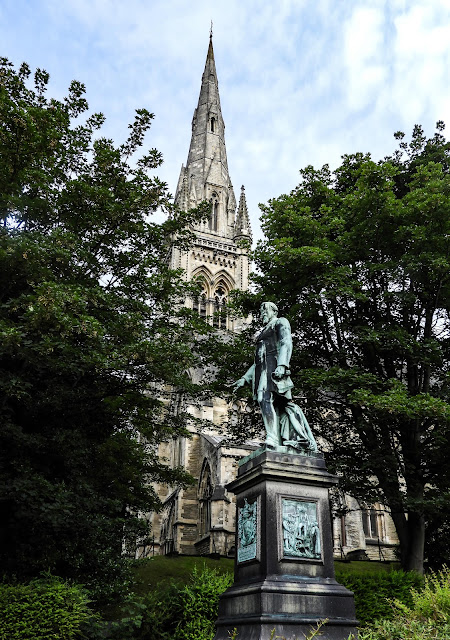 
I was out walking the other morning and I came across Lieutenant Colonel Edward Akroyd standing around outside All Soul's Church on Haley Hill, Halifax. Not that I am criticising him, he had every right to stand around outside the church; he built it after all. And he did deserve a rest: whilst you can probably count the number of Victorian manufacturers who positively benefited both the lives of their workers and their town on the bobbin-hooks of one power loom, Edward Akroyd would be amongst that number. He established two model villages for his workers, built a school for their children, created a bank to help them save - The Yorkshire Penny Bank which still exists today - and founded a Working Men's College (the first outside London). When he died in 1887, his fellow townspeople contributed to this fine statue with its four reliefs telling the story of his life. From such a spot he has been standing around for some 125 years. 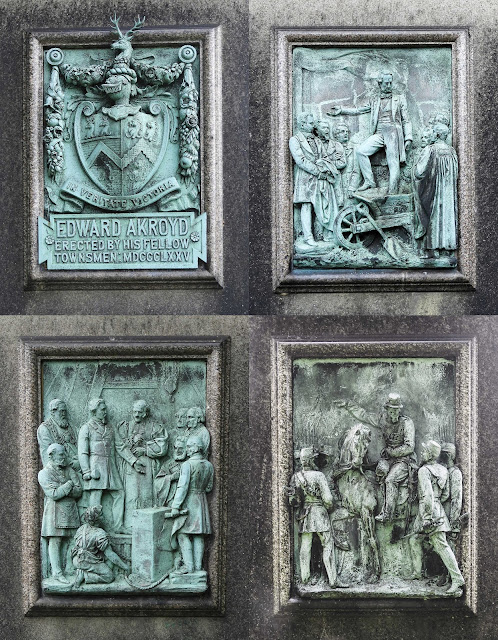