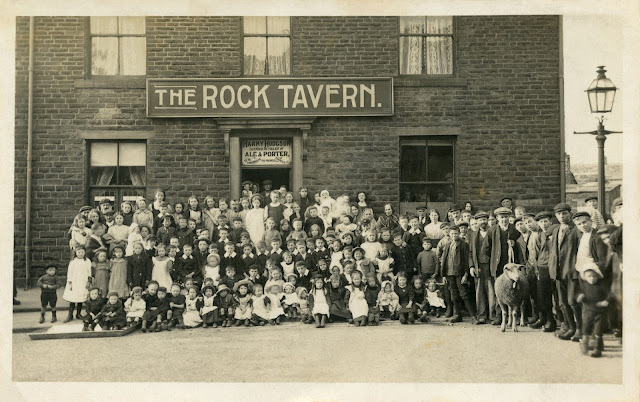 There is a famous photograph of my local pub which was taken in June 1911 on the occasion of celebrations to mark the coronation of King George V. It shows all the local residents lined up outside the pub, where later that day there was to be a sheep roast in celebration of the coronation. The poor victim of that feast can clearly be seen amongst the gathered crowd. The photograph has been published in a couple of local history books, but I have been trying to find an original copy so I could get a high-resolution scan of it. I put the word out, and last week I was able to borrow an original copy from a friend of ours whose father is one of the babes-in-arms in the crowd. 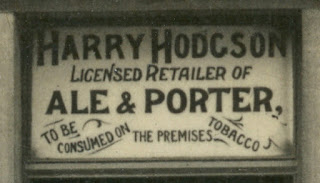 Along with another friend, I am currently putting together a short history of the Rock which hopefully will feature the photograph as one of the illustrations. By 1911, the pub had been open for more than fifty years and the landlord was Harry Hodgson, a remarkable character in his own right. In addition to being employed as a "stone hewer" by day and running the pub at night, he managed to fit in the task of being a somewhat inappropriate conductor of the Brighouse and Rastrick Temperance Brass Band! You might think that carrying such a load would be too much for any man to manage; and sadly you would be right. Shortly after the coronation feast, Harry dropped dead at the pub, aged only 42 years old.

If you want to know more, you will just have to wait until our little pamphlet is published.
at August 31, 2017