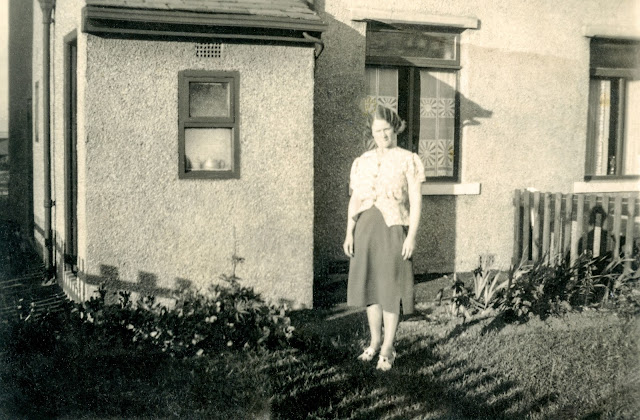 Auntie Annie was a consummate storyteller - a skill that is so often under-estimated. She knew exactly how to "construct" a story - how much detail was needed, how to promote expectation, when to pause, when to let a gesture carry the story forward. One of her classic stories took place in that back garden, where the dustbin was kept. For some reason she had acquired half a bag of cement which she didn't want and which she threw away in the dustbin. Later it had rained heavily and the water mixed with the cement which mixed with whatever else was in there, resulting in a dustbin full of set concrete. Annie would tell the story of how she hid behind the lace curtain on the day the dustbins where due for emptying and watched successive dustmen attempt to heave the bin onto their backs to take it to the bin wagon parked in the street. Each groan and gesture would appear in that story building up to the point where four hefty bin-men manhandled the bin down the garden path.

The acronym LOL (Lough Out Loud) had not been invented back in those days. It should have been, it perfectly describes Annie and her stories.
at August 21, 2017