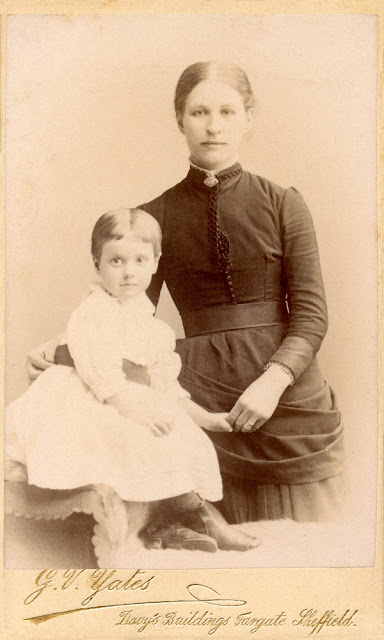 If you take a man away from his desk for a week and isolate him in the Scottish wilderness with nothing to do other than sample rare malt whisky, he gets to thinking up new projects he can embark on when he returns to the safety of his study. For some reason, I decided to catalogue my collection of Victorian carte de visites and share them in the form of a Daily Victorian. It is a silly and pointless exercise (which is what attracted me to it in the first place), but one you will just have to put up with. Blame the Lagavulin.

We start with an example from my favourite city - Sheffield; and the studio of George Vernon Yates. He had his studios in Davy's Building which, if you are familiar with modern day Sheffield, is now W.H. Smith's. The portrait must date from the early to mid 1890s and features, one supposes, a mother and child. Given that the child must have been born around 1890, there is a good chance that he (she?) was still alive in the late 1970s when I lived in the city. George Yates doesn't explain just who the distinguished patronage he claims was: but, if it counts, when I lived in Sheffield I would visit W.H. Smith's a lot. 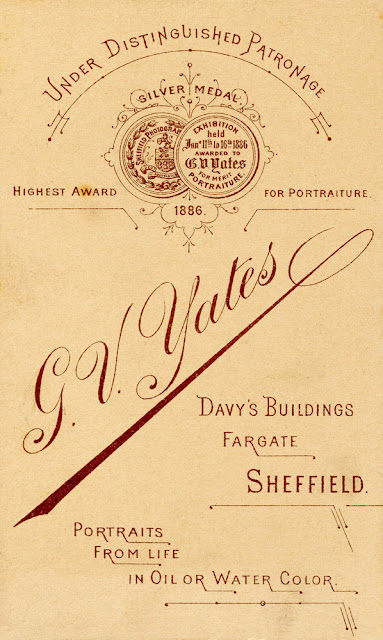