Five From Slaithwaite: 4. Enlarged To Any Size 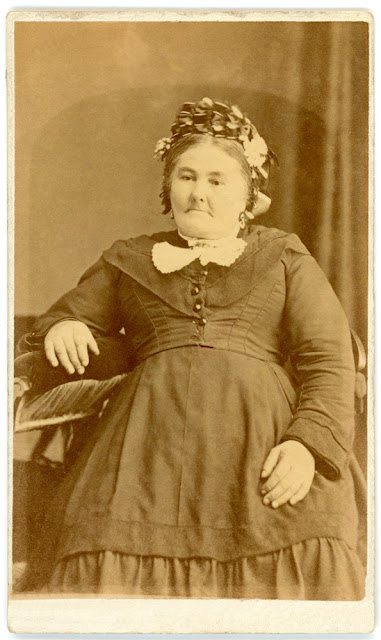 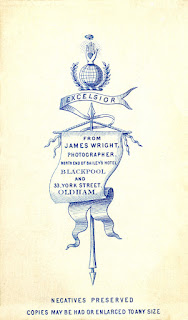 There is something slightly reminiscent of that great British comedian, Les Dawson, about this fine Victorian lady, who is the subject of the fourth of my five studio portraits bought from a second-hand stall in Slaithwaite. The portrait is the work of James Wright who had studios in both the Lancashire mill town of Oldham and in the seaside resort of Blackpool. The only reference to James Wright I have been able to find, is an small advert in the Warrington Guardian of 12th July 1873, and the style of the dress suggests that our image dates from around this time. Many of the early northern photographers had studios in both the mill towns and the seaside resorts that were becoming more and more popular with working class day-trippers.

Les Dawson (1931-93) was born only a stones throw from Oldham and went on to find early success in the summer shows on the Blackpool piers. On the reverse of this Carte de Visite of a woman of substantial proportions, it says "copies may be ... enlarged to any size"; which is just the kind of comment Les Dawson would have taken great delight in!