Slam And Slide : Towards A Definition Of Culture 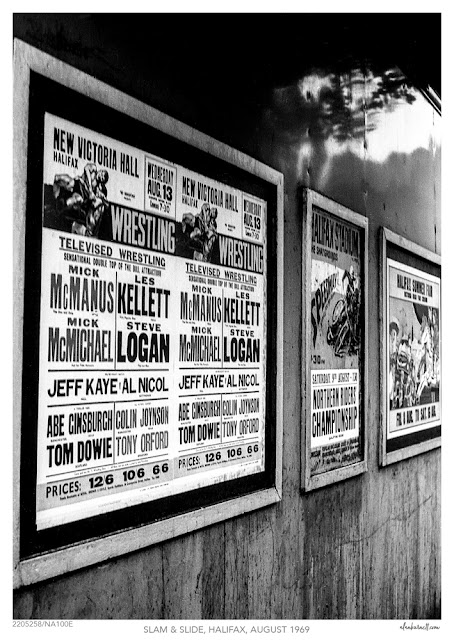 The welcome news that Bradford is set to be the 2025 UK City Of Culture got me thinking about what on earth culture is? Whilst definitions abound, they all tend to be constructed from words and concepts that are about as sound and structured as a jellyfish's ribcage. Clearly culture occupies a seat right next to our old friend beauty in the eye of the beholder. Another profound question has equally been occupying what remains of my mind recently, and that is why on earth did I take this photograph fifty-three years ago!

I know from its position on the strip of negatives that I took it whilst I was walking down Winding Road in Halifax. It sits next to photographs of half-demolished streets and building sites in the making. A little clever detective work tells me it was taken in the summer of 1969: even though no years are included on the posters, the combination of days and dates can be invaluable in identifying potential years.

It was only when I started examining these two questions with the help of a rather splendid 12 year old Bowmore Single Malt, that I realised that the second question is, in fact, the answer to the first! What I was doing all those years ago, as I wandered through lower Halifax weighed down by a cast-iron Zenit-B camera, was searching for a definition of culture. Culture is partly the built environment - the chapels, the mills and the brass foundries - and it is also the things that make life in such an environment a little more bearable. That may be Handel's Messiah or Shakespeare's Hamlet; but it is more likely to be Mick McManus wresting with Mick McMichael at the Vic, or Eric Boocock slip-sliding around the gravel track at the Shay.

So, there you are, an old photograph and an old malt whisky have helped solve one of the great mysteries of life. Cheers. 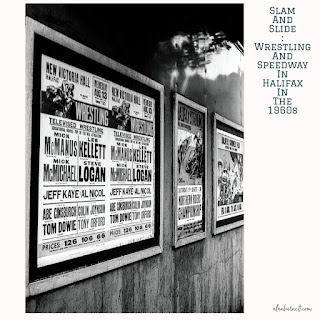