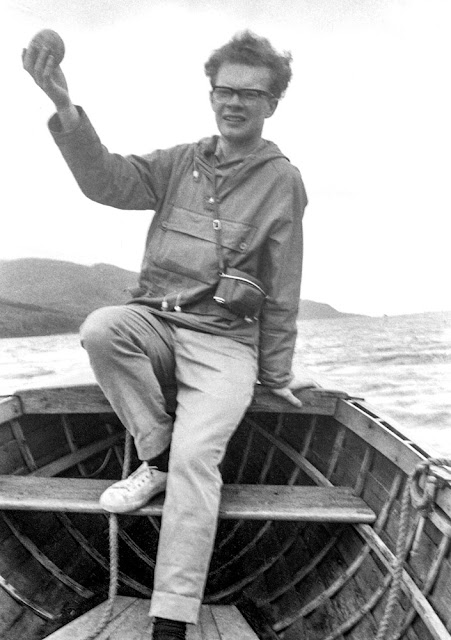 My brother Roger sent me an email earlier today complementing me on the new Blog lay-out, and asking me to try and feature more of my old negatives and more old family photographs. I am able to kill two birds with one stone because, by chance, the next strip of negatives awaiting scanning features family members - indeed, none other than my brother himself. The six photographs on the negative strip are featured in the composite image below, and they were all taken during a family holiday to Scotland in the 1960s.

The featured photograph at the top of this post shows Roger in a rowing boat, on - I think - Loch Levan, and holding a sea urchin shell which he had just pulled from the Loch. I am not entirely sure of the year - my best guess was 1963 - but by featuring the photograph here, there is a good chance that a comment will appear from my brother on the other side of the world, identifying the time precisely. Thus I will be able to date the negatives and kill three birds with one simple negative stone. 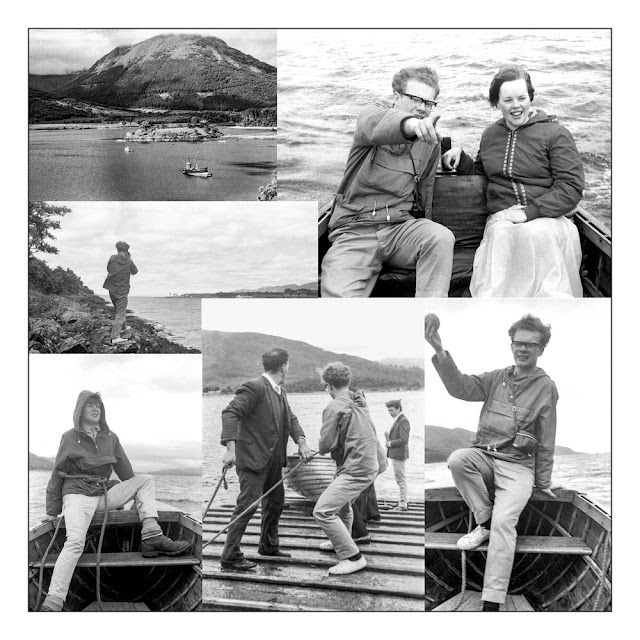