It was a strange meeting, but not of the Wilfred Owen variety. We didn't escape "down some profound dull tunnel, long since scooped through granites which titanic wars had groined". But we did both step through that cobbled passage-way out of the grey-flaked midday cold and into the artificial cheer of a sixteenth century coaching inn. But no enemies were we : no battle killed corpses meeting at the gates of hell. Still, it was a strange meeting. Here was someone I knew fairly well. I had traveled with him to Paris and Italy, sat next to him as we watched Bob Dylan and The Unthanks, shared his memories of his father : and yet we had never met in our lives. We blogged. Tony, like all my other on-line friends was only ever a blog-roll away: but unlike most, in real terms, in the real world, in a non-virtual sense, in the cold light of the realistic day he lived just up the valley from me. And so, some weeks ago we decided to meet and share a pint or two at Christmas. This was the strange meeting. 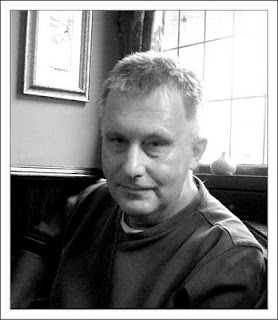 There was something slightly unreal about it. It was almost like suddenly meeting one of the characters from a favourite book. You have your own idea what Jane Eyre would have sounded like or Mr Micawber would have walked like : how strange it would be to walk into a pub and come face to face with them. Or, in my blog-encrusted world, how strange to walk into the Union Cross Inn and see Poetikat pulling pints, Simpson and Lynch propping up the bar and having an argument in the corner, Betsy and Willow sharing afternoon tea and Abe Lincoln with his lens pressed up to the mullioned window looking for a robin to photograph. And here I was sat enjoying a pint with Tony as we swapped stories and shared our enthusiasm for the art of blogging. And he is just the delightful chap I expected him to be. Just as witty, just as erudite - a true personification of his blog.
And I am sure that every one of my friends out there is the personification of their blogs. They will be interesting. amusing and talented people - because their blogs are interesting, amusing and brimming with talent. That is why I read them
It is New Years' Eve. In a few hours it will be 2010. It is traditionally a time of hopes, wishes and resolutions. I will limit myself to just one hope. It is that at some point during the coming year I can meet up with other blogging friends : whether it be in Canada, the United States, England, Scotland, Wales, Ireland, Australia, France .... or wherever. To you all, whichever part of the world you live in, a very happy and peaceful new year.
at December 31, 2009