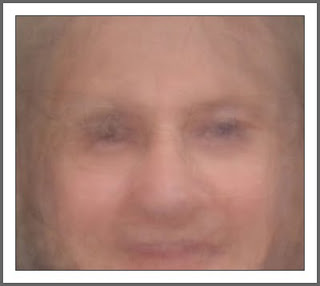 The topic this Theme Thursday is "Friend" which is always a difficult subject because you are bound to upset someone. Write about your best friend Bert and your best friend John is bound to take offence. Single out your oldest friend Mike and your even older friend Paul is likely to go into a sulk. And if you single out any friend above and beyond your dearly beloved, domestic bliss and happiness is likely to be as scarce as it is at the end of Tiger Woods' drive. Faced with this conundrum, I believe that I have hit on a rather clever solution thanks to Mr Google and his rather clever Picasa software. I have mentioned before on these pages, the ability of the new version of Picasa to use facial recognition software to gather photographs of friends and sort them into folders. A second ability of Picasa 3 is to produce a collage of such faces : either one based upon merged images or a mosaic type of collage. For my illustration of this week's theme I have chosen the merged-image option and I therefore present you with a picture of my "friend". It is built up of the faces of every friend that is stored on my rather large digital image collection. It is made up of men and women, most races under the sun, and even a dog thrown in for good measure. You may think it is rather an anodyne affair, lacking in individuality or strength. But to me it has the strength of many and symbolises the power of friends united in solidarity.
As Wednesday turns into Theme Thursday I look at the picture and I can almost recognise each of the 50 or 60 faces that make it up. Look carefully at the picture, there is a good chance that your face forms part of it. I raise my glass of Czech Budveiser Budvar and drink to your collective health. To "Friends".
YOU MIGHT ALSO LIKE ......

THEME THURSDAY : Have a look how other bloggers have interpreted this week's theme.

FACING UP TO THINGS : From The NfN Archives - More about the delights of Picasa