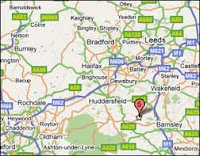 For Square Five, the random number machine sends me south, to the southern borders of West Yorkshire, to the land where the weaving shed meets the coal seam. We are between the villages of Skelmanthorpe and Scissett in the borough of Kirklees. Skelmanthorpe is an ancient place : the village is reputed to have been established by Viking invaders in the 9th century. By the time of the Doomsday Book in 1066 it is described, rather unflatteringly, as follows : "In Turulsetone and Berceworde and Scelmertorp, Alric and Aldene had nine carcucates of land to be taxed, and there may be five ploughs there. Ilbert now has it, and it is waste. Value in King Edwards time 4 pounds. Wood pasture one mile long and as much broad". By contrast, the neighbouring village of Scissett is a more recent and a more artificial creation, having been created in 1830 by two brothers, Joseph and George Norton, to provide housing for workers in their new woolen mill.

My square contains neither of the village centres : Skelmanthorpe is to the west, Scissett to the east. But it is rich in other ways, containing some lush pastures, some fine houses, a pub, and, the diamond in the square crown, a graveyard. It might be neither here nor there in terms of village life and industry, but urban life and industry make up only a small percentage of even an industrial county like West Yorkshire. Most of the time, most of the places are neither here nor there. 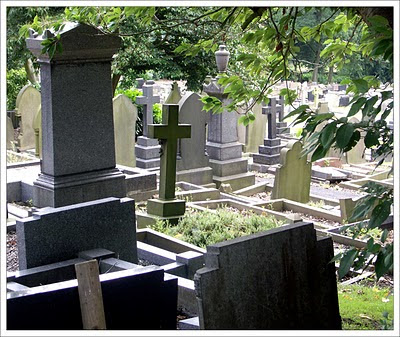 The graveyard is designated as Skelmanthorpe Cemetery and must have been a fairly recent development as none of the graves date back much more than 120 years. There was a great wave of cemetery building in the last decade of the nineteenth century as people began to fear that burial spaces would soon run out. Cremation wasn't legalised until 1902 and even then was slow to get public support, so at the turn of the century, most towns and villages were on the look out for parcels of land that could be given over to the dead and departed.

Despite their somewhat doleful function, I have always been attracted to graveyards and can think of few better ways of spending a summer morning than wandering around through the sloping headstones and the wind-worn memorials. 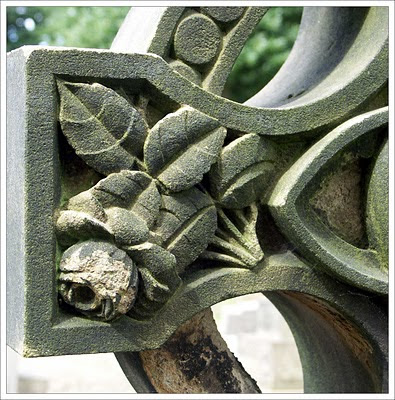 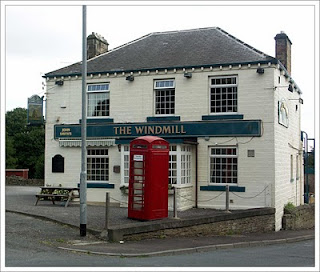 It took a considerable effort to leave the cemetery behind. It might have been easier if the pub across the road had been open - can there be a finer combination that a dusty graveyard and a quiet country pub - but the Windmill was shut. Not permanently shut I should add, from what I can gather the pub remains an active part of the local community (just take a look at its' Facebook page if you need confirmation). It is another of those places I need to flag up for a later visit (or perhaps my next series will be ten randomly chosen Yorkshire pubs!). The pub itself is neatly sandwiched between a surviving Giles Gilbert Scott telephone box at the front and a fine bowling green at the back.
Besides the graves, the beer mugs, and the bowls, the square offers a few houses, a lot of green fields and a handful of appreciative cows. 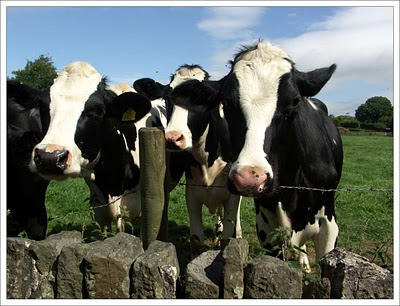 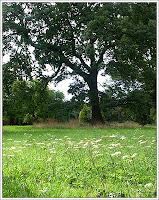 From the Windmill Inn, two roads radiate out like the tendrils of some tarmacadam plant, both going to Scissett in their own sweet ways. From the bottom road, Highbridge Lane, you have good views to the south which include fine mature woodland and grazing pastures that almost make you wish you were a cow. From the northern tendril, Busker Lane, you get magnificent views towards Emley and the striking Emley Moor Television mast. In both directions you are constantly reminded that West Yorkshire is not just a place of mills and moors, woods and water, but also a place of fields and pasture. A green place. A beautiful place. 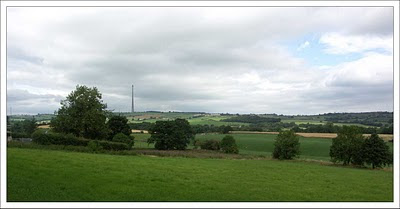 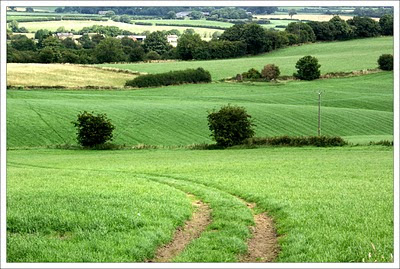 That little square, that little parcel of land that is neither Skelmanthorpe nor Scissett, that is neither here nor there, is a fine place. If this is typical of West Yorkshire, I have no arguments. None at all.
To read the other installments of this series follow these links :
Square 1 : Little Germany
Square 2 : Thimble Stones
Square 3 : Woodlesford
Square 4 : West Wood
at August 12, 2010