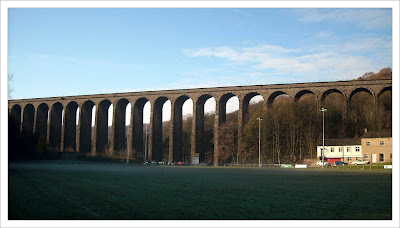 As I have said several times before, one of the great joys of blogging is the freedom to go where you like. You can plan an in-depth series on the history of the apple, dash off a preliminary post about Eve and the fall from grace and then abandon it and blog about Victorian mousetraps instead. You can set off to produce a detailed photographic record of the mighty A58 as it snakes its way from Halifax to Leeds and stop off for a pint in the Travellers and abandon the project over a pint of Ossett Pale Gold and a bag of peanuts. Nobody really cares. If you are lucky enough to have blog followers, these will be people who have grown used to your wandering ways and your inability to stick to the subject. Bloggers are bloggers because they can't stick to the subject : otherwise they would write best selling novels or dissect brains.
So here I go, off on a tangent again. Having walked across one of Huddersfields' great viaducts yesterday, today I visited another : the mighty Lockwood Viaduct just south of the town. You can't walk across Lockwood Viaduct : trains still run over it, I am glad to say. But you can see it from any one of a dozen vantage points and it is one of those structures where it is even better to look at it rather than look from it. Putting it simply, it's magnificent. 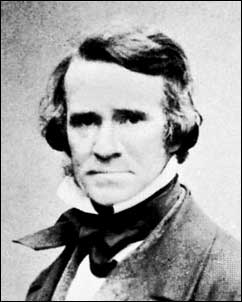 The viaduct was built in 1850 by the Yorkshire and Lancashire Railway Company and forms part of the line from Huddersfield to Sheffield. At a height of over 120 feet, its 32 arches span the valley of the River Holme. It was designed by the then Chief Engineer of the company, Sir John Hawkshaw who went on to become one of the greatest civil engineers of the Victorian era. He was a consulting engineer for the Suez Canal project and also a member of the International Commission that examined proposals for a canal in Central America between the Pacific and the Atlantic oceans.
For a post which started with a restatement of what has always been the mission statement of this blog - to never travel in a straight line when a circuitous route is available - it seems odd to praise someone who was responsible for so many iconic straight bridges, tunnels and canals. But I should add that before his death, Sir John saw the error of his ways and acted as the Chief Engineer for the construction of the London Underground Circle Line.
Maybe I will be back tomorrow with another viaduct. But there again maybe I won't.
at November 16, 2010