A Cautionary Tale Of A Fictitious Pension And A Steam Engine 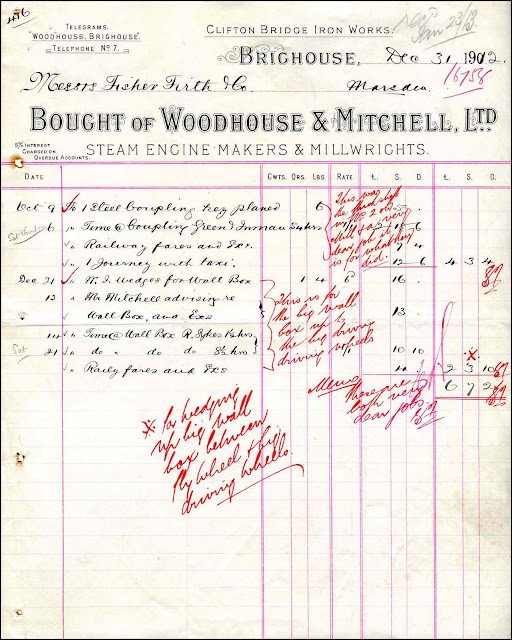 If my blogging activities appear to be curtailed at the moment, blame it on the tax-man. It is that time of the year I hate : only a few days left before the deadline for submitting my tax return on-line. It is not that my tax return is in any way complicated, it is the task of finding the few bits of paper I require and the challenge of somehow entering them into an on-line system that seems almost Kafkaesque in its complexity.
Two or three years ago, when I first tried to fill my tax form in on-line, I hit on a technical problem. I managed to complete the first part of the section relating to income from pensions without a problem, but the second half of the section required me to list my income from my State Pension. The logical answer to this question is nil as I have not yet reached state pension age. I tried to enter "nil" into the on-line form but a message came up stating "this is an invalid response". Assuming mere letters had confused the system's mathematical brain, I tried entering  "0.00", but again I was told "this is an invalid response". I tried to just ignore the question, but the system would not let me move on to the next section as "your responses to this section are incomplete". Fearing that I might get lost in tax-form limbo, never being able to move on to the next tax year, I was forced to adopt desperate measures, so I eventually entered into the form that I received an annual State Pension of £1.00. The system seemed delighted with this response and allowed me to move on to the next section.
Towards the end of the form, there was a section that allowed you to enter any additional information so I typed in "In Section 4.2 I have said that I receive a pension of £1.00. This is not really true but your system refused to allow my to make a nil entry". Feeling satisfied with myself I pressed "enter" only to be greeted with a message saying "This is not a valid comment". I tried responding with additional phrases such as "This is a very valid comment you ignorant mother-board", but the system refused to accept them, so, in desperate need of closure, I submitted the form without comments.
I then proceeded to forget about things and had no further communications from Mr Taxman until a good few weeks later I received a letter from him saying that I owed 37 pence in unpaid tax. This, obviously, was the tax on my fictitious £1.00 pension. In retrospect, I should have taken the issue up then and written back with the sad tale of my fictitious pension, but I didn't, I had better things to do : I had to watch paint dry, trees grow, or even a game of cricket.
When the time arrived to fill in the form next year I was pleased to see that it had been amended and the "nil" return problem had been overcome. But my 37p unpaid tax bill still remained and with interest it had increased to £2.47p. Last year I tried to send Mr Taxman £5 with a note saying "keep the change", but the Good Lady Wife wouldn't let me in case I made him angry. So we have reached stalemate. If I live long enough, I no doubt will owe everything I own to the Taxman, But it will serve me right for inventing a fictitious pension.
What has this to do with the document at the top of this post you might ask. I found this invoice dating back to 1912 as I searched through a box of papers looking for the necessary documents to fill in this years' tax return. Now I have to confess that I can't remember being paid £6.7s.2d by Messrs Fisher Firth of Marsden. Indeed I can't remember ever being a steam engine maker or, for that matter, being alive in 1912. But having found it, should I enter it into my tax return? But given the long-term implications of my fictitious pension, who knows where that will lead me to.
at January 18, 2011