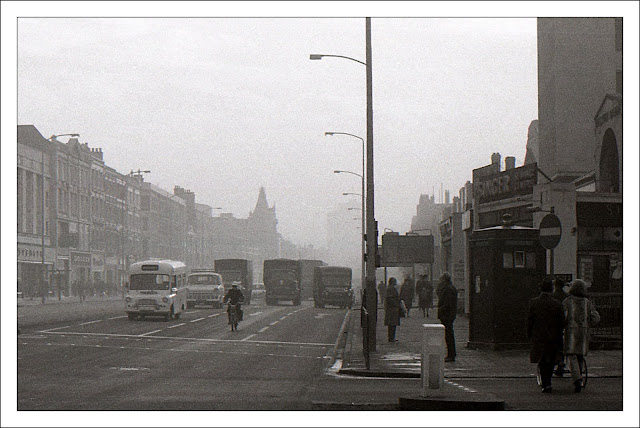 Thursday is scanning day and today's dip into my old negative file brings this particular image to the surface. One of the joys of "scanny-dipping" is to dredge to the surface an image that has not seen the light of day for forty or so years and try to work out where on earth I took it. I have a feeling that this particular shot dates back to the early 1970s. At the time I was at University in Staffordshire, but spending many a weekend in London where the future GLW was at University. And I have a feeling - based on the width of the streets and the smartness of the buildings - that this is London rather than Stoke-on-Trent. For some reason I keep thinking of the area around King Cross Station or maybe a little further south in the Holborn area: but this thought is based on intuition rather than evidence. Wherever it is, it seems full of atmosphere to me : even after all those years in the dark.
at January 12, 2012