Fat Dog To The Big Apple : 63 East From Newport 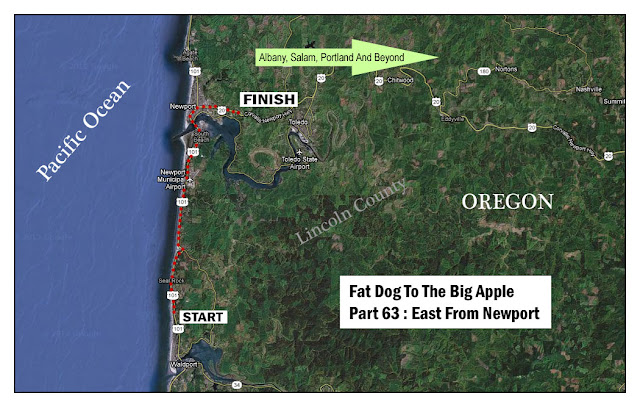 The Long March by Alan Burnett and his dog Amy from Los Angeles to New York City continues. This week sees the intrepid pair take the fateful decision to leave behind the Pacific Ocean and head inland. 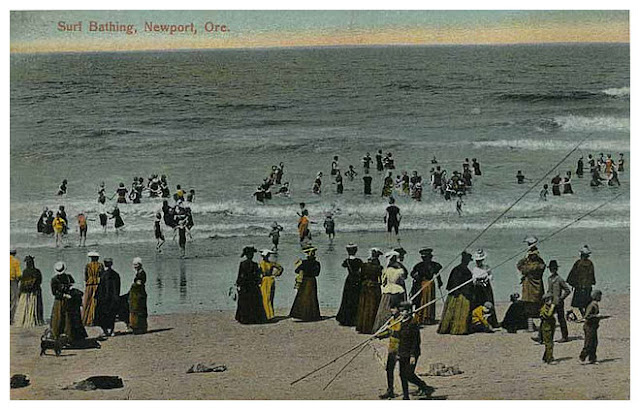 Dear All,
Yesterday Amy and I sat in the shadow of the Yaquina Bridge and contemplated a momentous decision we would soon have to make. As we had entered the City of Newport everything had been in its rightful place: the sun was in the sky, the forests were on our right and the blue waves of the Pacific Ocean were on our left. That had been the prevailing orientation for most of the 890 miles we had covered since we had left Los Angeles behind, an orientation that had taken us north. The ever-present ocean had been a source of comfort and joy and both Amy and I now regarded it as a close family friend - Great Uncle Pacific: loyal, dependable, salty and slightly wet. But Uncle Pacific had taken us north and I knew, in my heart of hearts, that if we were to ever get to New York we would, at some point, have to leave him behind. We would have to head east.

In making the decision about when we should abandon the coast and head inland I was anxious to be as inclusive as possible, so as we walked towards the city centre I tried to explain the options to Amy. We wanted to go to Portland because we had several Blog friends who lived there and it would be great to be able to call in and see them. We could either stay with the coast a little longer and head inland once we got to Netarts or Bay City, or we could take the plunge here in Newport and follow the Corvallis Newport Highway inland.

I wasn't getting much of a response from Amy: she was the kind of constituent who devalued the idea of democracy. As I urged her to become more actively involved in the decision-making process she appeared to be concerned only with sniffing the trail of the Cocker Spaniel that was been walked ahead of us. We stopped for a beer at the splendid Rogue Ales Public House and I tried to engage her with a sip of the aromatic Bacon Maple Ale, but she remained obstinately disengaged.

I left the decision to the final moment and when we eventually reached the intersection of the Oregon Coastal Highway and Corvallis Highway I said to Amy, "OK, the decision is yours". Restoring my faith in participatory democracy she didn't hesitate: she calculated the advantages and disadvantages of the various choices, calculated the opportunity cost, put her head down, pulled smartly of the leash and headed east.

So that was how we took our leave from Great Uncle Pacific and, as the week drew to a close, how we were walking with renewed energy eastwards out of town...... just a few hundred yards behind a jaunty Cocker Spaniel and his owner.
Until Next Time,
Alan and Amy
at January 18, 2012