Messing About With Connections 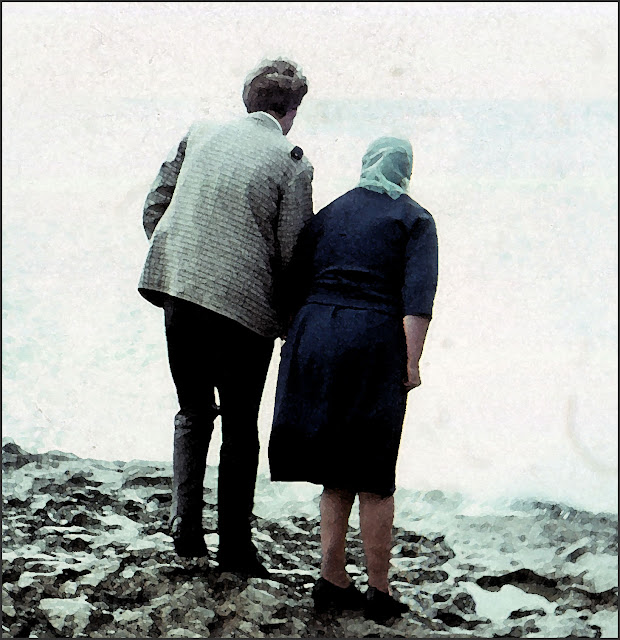 I left you yesterday standing on the pinnacle of sporting achievement and I join you today standing in a sports jacket on the Dingle Peninsular (nowhere in the rules does it say that these connections have to be either logical or even sensible). It is probably 45 years ago and that is my mother standing next to me, looking out to sea. She used to love standing on the sea shore looking out to sea, perhaps that is where my brother got his love of sailing from, perhaps that is where I get my love of cruising from. I have messed a little with the photograph as you can see, but the photograph was so old, so faded and so encrusted with transparency mould, nobody could possible blame me. 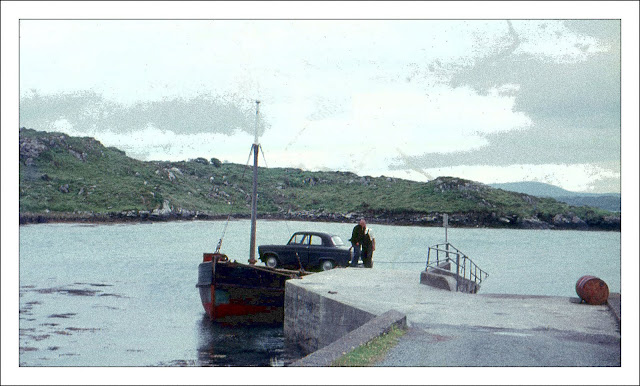 I know it was Dingle because I can clearly remember the location of the next slide in the box. Now I have been on a good few car ferries in my life, but this was one of the most basic. I remember my fathers' look of fear as they tied the car to the deck with an old piece of rope. Again I have messed with this particular picture, giving it more film grain than it originally had in order to smooth out some of the imperfections of time. I suppose it is pretending to be something it isn't, putting on a performance in the theatre of my memory. Now where can I be going next?