All Hail The Lord Evicted 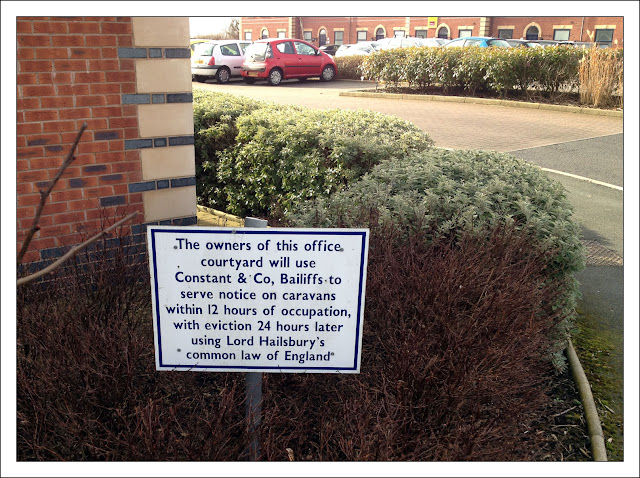 I am occasionally tempted to have a theme with a title something like "Britain Is A Very Peculiar Place". Take this sign planted in the garden of the office park down the road. Before the offices were built, the field was occasionally used by Travellers. Maybe it is not surprising that the landlord doesn't want the Travellers returning to spoil his businesslike facility. Maybe it is not surprising that he is prepared to retain a national firm of bailiffs to evict any unwelcome visitors. But you would think that, given the authoritative and legalistic nature of the sign, they would have threatened trespassers with Lord Halsbury rather than some unknown Hailsbury. I am tempted to nip back with a pot of paint and correct it, but they would probably evict me.
at February 17, 2012