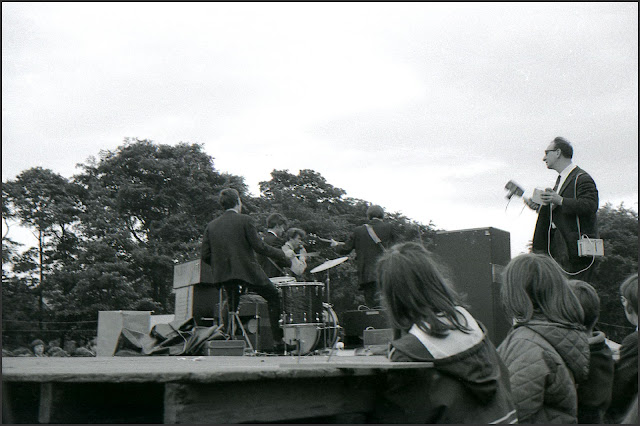 My second February theme is "The Picture Within" and this week I feature one of my oldest negatives which dates back to the early 1960s. I am fairly sure that it was taken at the Halifax Gala in Manor Heath Park but other than that, I can remember nothing about it. 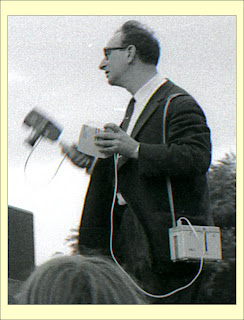 Two things captured my attention when I scanned the negative and examined it in detail. The first was the photographer on the right of the shot and the strange contraption he has hanging over his shoulder. It took me some time to realise that he wasn't a cack-handed snapper caught in the process of dropping his prized camera, but a film-maker, because that seems to be a fairly primitive 8mm movie camera that he is holding. Given that it is a movie camera and that he appears to be filming a band, we can assume that over his shoulder is an early tape recorder. But I am still not sure what the box is that he is holding in his left hand. Some questions are best left unanswered.

My second focus of attention was on the band itself which provides a great platform for a game of guess the date. There is a slight Beatle-ish feel to the band and the hair style of the singer would suggest the very early 1960s. 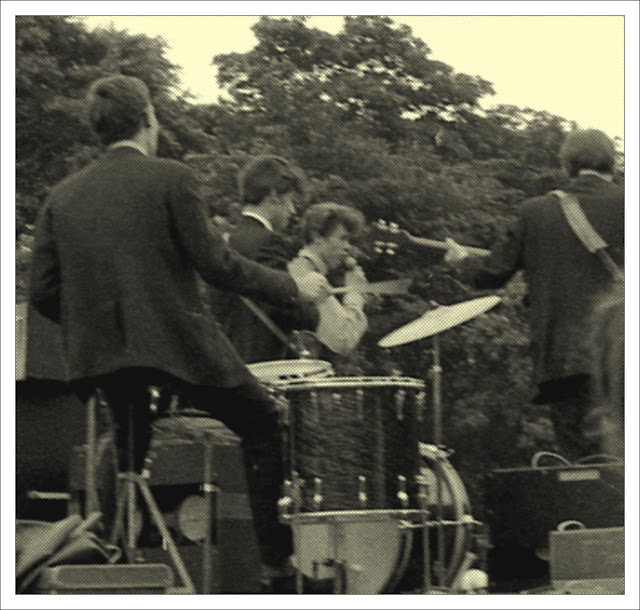 Who the group were, I know not. What happened to them, I have no idea. But they are preserved forever in  negative aspic, peacefully hibernating until their story can be told.
at February 08, 2012