The Mona Lisa Of The Bingo Hall 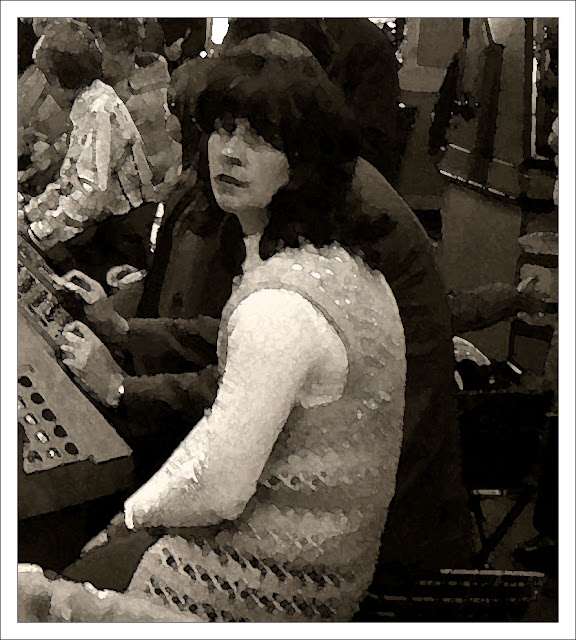 My second theme for February could live in a plastic box labelled "The Picture Within". The idea is this: take an old negative that is so uninspiring that, the first time around, you probably never even bothered printing it. Then scan it, enlarge it, and search within it for an image that is crying out to be created. 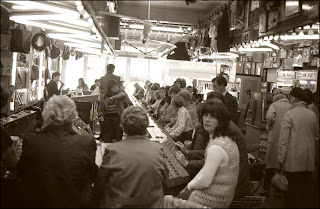 My first submission is based on a photograph I must have taken some time back in the 1970s. It was in a Bingo Hall in, I think, Bridlington. I pointed the camera into the arcade and took a photograph in the hope that something interesting might emerge when I developed the film. Nothing must have emerged because, as far as I can remember, I never made a print from the negative. But now, when I scan it, I see a woman who has turned away from her bingo game to see what kind of person wastes good film on such a scene. And there is something about her stance, something about her look, something about her enigmatic eyes which makes me want to take her out of her context and discover her anew. It's a silly game, I know, but it keeps me amused during the cold winter months. 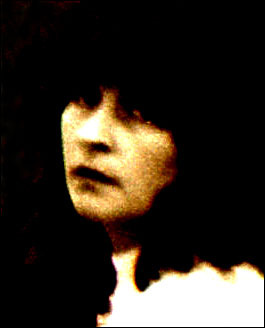