Unpretentious As Lard And As Solid As A Bag Of Bricks 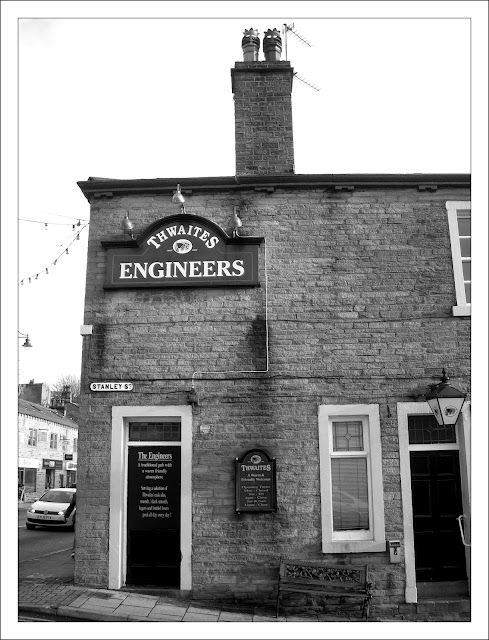 Back to my February theme : occupational pubs. The Engineers is a delightful old pub in Sowerby Bridge, as unpretentious as lard and as solid as a bag of bricks. There were a number of engineering works in Sowerby Bridge and most West Yorkshire towns would have a pub with a similar name during the first half of the twentieth century. Often they would have acquired their name because they were the meeting place of the powerful Amalgamated Engineering Union. I can still remember my father, who was no great frequenter of pubs, going to "the Engineers" to pay his union dues, although, in his case, it would have been the Engineers' Club in Halifax rather than the eponymous pub in Sowerby Bridge.

I have been unable to find out very much about the history of the Sowerby Bridge Engineers. It looks like a fairly typical post-1830 Beerhouse Act establishment, but obviously more research is required. As always, I will rededicate myself to its completion.
at February 07, 2012