The Steep Streets Of Bradford And An Iced Bun 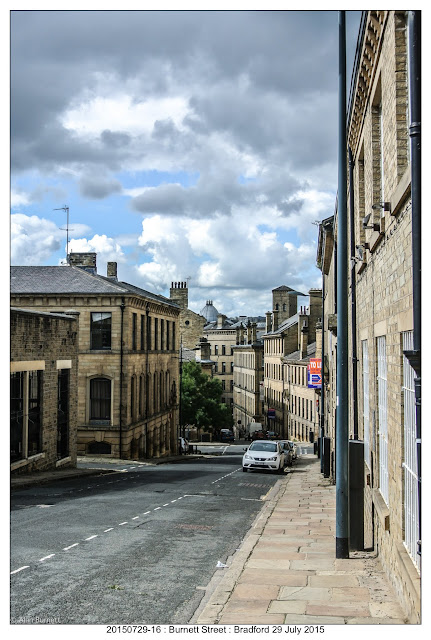 This morning, the rain clouds took a couple of hours off from their depressing task of drowning the entire population of the north of England, so I caught a bus to Bradford and went for a walk. I was in search of hills to walk up and down : my watch demands such things so that it can record my activity levels. If I manage to meet the targets it sets me I can reward myself with a pint of beer and an iced bun. One of the streets I managed to pull my aching body up was the eponymously named Burnett Street, the kind of grand, steep street that Bradford does so well. 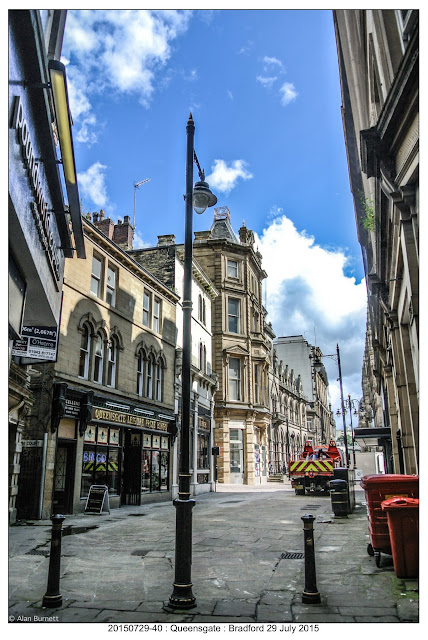 The second of my Steep Streets of Bradford is Queensgate, another of those cobbled hills that dissect fine sandstone terraces. At one time it would be the home of wool merchants, grocers and provisioners - but now it hosts a slot machine arcade. I avoided calling in for a flutter, deciding that I would be better to press onwards, achieve my exercise goal, and buy an iced bun.
at July 29, 2015