Photographic Flotsam And A Jewel On The Sands 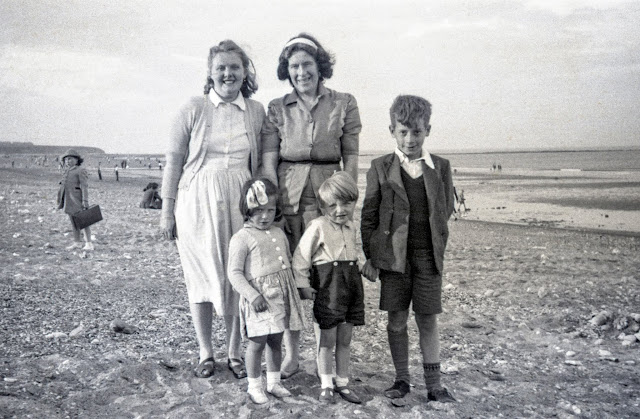 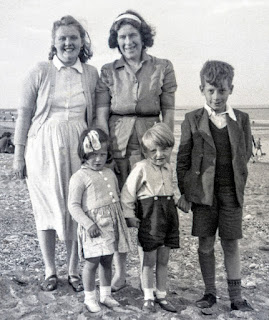 Flotsam is defined as floating debris or wreckage that has not been deliberately abandoned. You may not have come across the concept of photographic flotsam - indeed I would be amazed if you had as I have just invented the term - but it can be defined as images that are accidental byproducts of other images which are worth collecting in their own right. Let me illustrate my point with this seaside image.

It is an image of someone or other, somewhere or other and was taken sometime or other. I cannot be more precise as it comes from an old medium format negative bought as part of a job lot of dark-room sweepings on eBay. A scan of the full negative is reproduced at the top of this post. It is fairly obvious that the photographer was interested in the group of five, and when they printed the negative all those years ago they may well have cropped all extraneous matter off to produce a print rather like the one on the left.

But if they had done so they would have lost the photographic flotsam - and what a treasure it is. 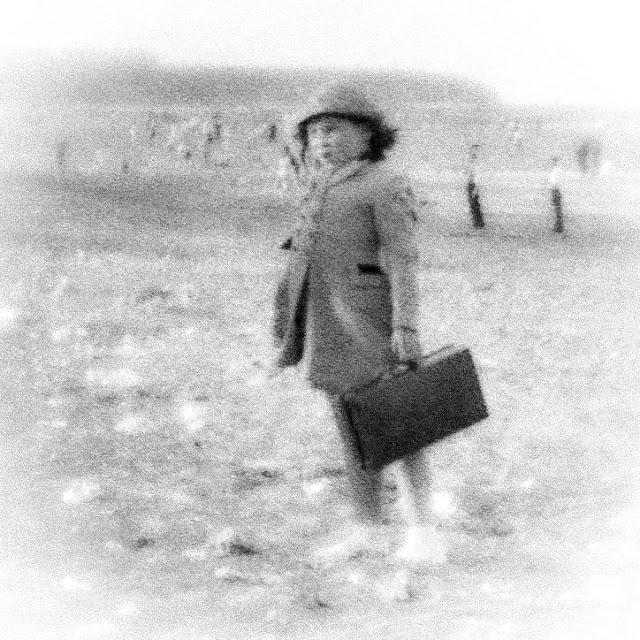 The little girl with the suitcase on the sands. Unknown, undated and probably unprinted. But in her own photographic way - a little jewel.