No Fuss At The Hall 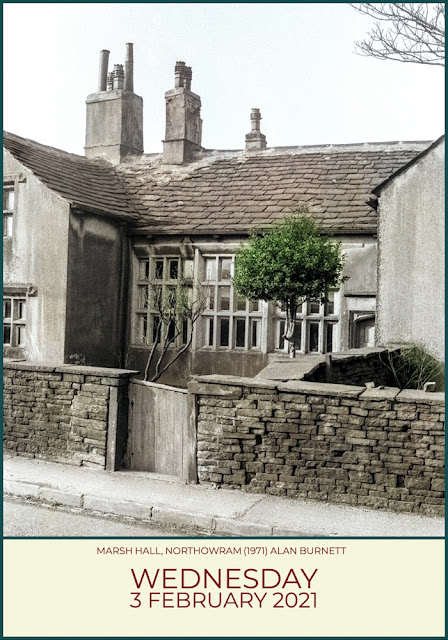 I was looking through my photographs the other day for one of the old Northowram Hospital, and I came across this photograph, which I took just a little further along Lands Head Lane showing Marsh Hall. When I took this photograph fifty years ago, the 16th/17th century Hall was showing its age; towards the end of last century, however, it was spruced up and renovated. I went to the Hall back in the 1950s when it was occupied by a farmer and milkman whose son was in the same class as me at Junior School. I remember being fascinated by those wonderful old windows which, when seen from the dark interior, seemed to let light flood into the room. If it was anywhere else other than West Yorkshire, the house would probably be famous with people travelling miles to see it. Here, it keeps itself and its history to itself, not wanting to make a fuss.