The Ship, Not Auntie Miriam

Our Sepia Saturday alphabet has worked its way around to a rather challenging X. I have no old family photographs featuring X-rays or xylophones - but I have managed to find one X amongst the photographic collection of my late Auntie Miriam - a Manx Maid. 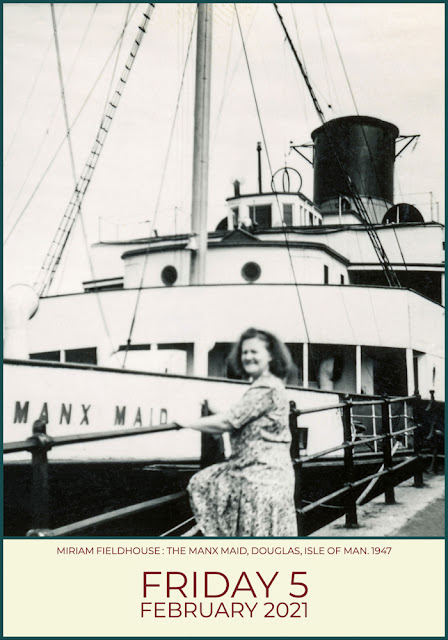 This photograph, which according to Uncle Frank's detailed caption-writing was taken in Douglas in the Isle of Man in the summer of 1947, features my Auntie Miriam in front of the Packet Steamer, Manx Maid. With suitable apologies to my late Aunt, I have to say that the ship is the star of the photograph, for this somewhat prosaic little ferry boat had a rich and heroic history.

She was built in the Camel Laird shipyards of Birkenhead ion 1910 (and let me repeat once again, I am referring to the ship not my Auntie Miriam) and went into service later that year as a Channel Island ferryboat with the London and Southwestern Railway Company. At the time she was called The Caesarea and she ferried passengers between Southampton and the Channel Islands until July 1923, when, in a thick fog, she struck a rock off the coast of Jersey and began to sink. Somehow she made it back to the harbour at St Helier and all her passengers and crew were evacuated before the ship foundered inside the harbour. She was successfully refloated two weeks later on the Spring tide and towed away for repairs.

Having somewhat blotted her copy book, she was sold to the Isle of Man Steam Packet Company for £9,000, repaired, refitted, and renamed, The Manx Maid. She worked on the Isle of Man route throughout the twenties and thirties before being requisitioned by the Admiralty in 1939 for war service. She was undergoing repairs during the evacuation at Dunkirk, but saw active service later in 1940 when she successfully evacuated 3.000 troops from the French port of Brest. After the war she returned to ferrying tourists to and from the Isle of Man, and, in 1947, had her photograph taken with my Auntie Miriam. Sadly, three years later, she was towed off to Barrow-In-Furness and broken up (yes, the ship, not Auntie Miriam).

We were walking up the tops of Northowram the other day, up past were all the old stone quarries used to be, and I suddenly spotted an aba... 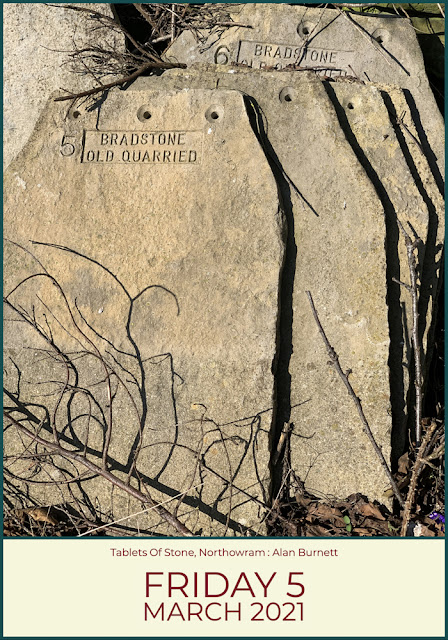