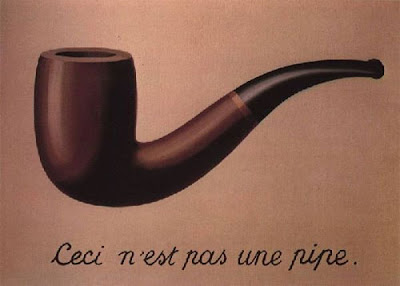 This posting describes events that occurred a week ago. The upset and unhappiness the events caused me meant that I have been unable to face up to writing about them until now. I am still not recovered. Perhaps I never will be.

It was the smell which first alerted me. It came drifting across the public bar of the Rock Tavern. Borne on the breeze by a dozen angels. Ripe, scented, luxuriant, special - very special. Some smells are nothing more than olfactory memories : this was one such. Many years ago I wrote to the BBC suggesting a new version of the ever-popular Desert Island Disks entitled Desert Island Smells in which a celebrity would be asked to choose his or her eight favourite smells. The BBC replied with one of their standard put-down letters saying that the idea whilst original, presented "technological difficulties". What the heck, difficulties are nothing but challenges wearing winceyette pyjamas. Anyway, if I was being interviewed by a stinky Sue Lawley, this particular smell would be at the top of my list (as we are talking about the BBC I should perhaps at this point invite listeners to phone in with their eight favourite smells : telephone calls cost £2 per minute and may take five minutes to be connected).

Sorry, I am going on. But I was upset. It was a forbidden smell. A smell I had said goodbye to 2 years and 127 days previously. It was the smell of my pipe tobacco. Bad enough that someone had entered the pub (my pub) smoking a pipe. Worse still they had chosen that delicious flavour that can only be Clan Tobacco. I did not recognise the culprit : a member of a party of four who were observing the Friday Night Quiz like a party of visiting anthropologists. Soon my so-called friends had worked out what was happening (it was shortly after I started crying I believe) and began trying to waft even greater quantities of the delicious smoke in my direction. Dave, introducing himself the the strangers, asked if it would be alright if I moved over and sat with them. They beckoned in my direction and I was drawn to them, moving along a rainbow of Cavendish and Mild Virginia.

It turned out that my new friends were a party of visiting dignitaries from Lüdenscheid in Germany. Attending civic functions each day, it appeared that there was nothing these gentlemen preferred to do each evening than come to the Rock Tavern and sample the delights of a traditional English pub. After a few beers we were the best of friends, sharing thoughts about the future of Europe, international friendship and the brotherhood of mankind. I thought they were splendid people but, to tell the absolute truth, I would have willingly sat with a visiting party of Catholic Nuns if one of them had been smoking a pipeful of Clan.

The following night was Karaoke Night and once again we took up our places in the Public Bar of the Rock. I was slightly disappointed to note that my new friends were not there. But half way through the evening, the familiar smell drifted through the door, closely followed by my German friends. We sat together and listened to the singing. My pipe-smoking friend got out his wonderful leather pipe case and carefully selecting a fine squat bulldog in a dark Brier (pipe smokers will know what I mean) offered it to me. For a moment I was Jesus on his lonely wooden tower, I was Neil Hamilton faced with a brown envelope full of fivers. My resolve was tested. And it crumbled just like a skirting board with dry rot (Have you any experience of dry rot if so why not phone in and let us know - telephone calls cost £2 per minute and may take five minutes to be connected). Before taking the pipe I glanced across the room to where my wife was sitting. She was staring straight at me with an intensity that could have felled a charging rhinoceros. My new friends would be going back to Germany soon and I had to live with this woman for the rest of my life. I shook my head and handed the pipe back. A tear fell, splashing into my half-drunk pint of Tetley's Bitter. I nodded farewell and returned to my side of the room. My wife put a comforting arm around me, acknowledging the temptation I had defeated.

They have gone back to Lüdenscheid now. Occasionally I look at the town's website. It looks like a beautiful place. My one hope is that eventually this blog will be Googled and listed somewhere under "Lüdenscheid". One of my friends might see it and read this posting. Moved by my plight they might invite me over for a stay. Me. Just me. Alone. Without my wife. And then we can give temptation another try.