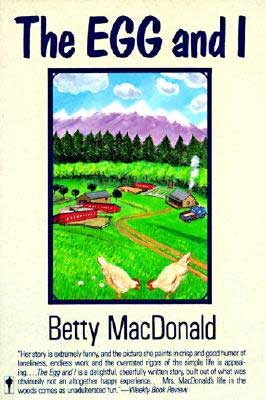 If you try to watch BBC television at the moment, you are beset by constant and annoying announcements which say something like "Missed this programme? Well never mind because you can watch it on your computer using the BBC iPlayer" (which, if you think about it, is a bit like saying "give me a call if you don't get this letter"). They are annoying for several reasons, the main one being that - try as I might - I cannot get the iPlayer to work on my computer. The help page suggests that the problem is a conflict with my Norton Ant-Virus, but I have followed all the instructions on how to overcome this, none of which have had the slightest effect. In so doing, I have scripted my Norton to allow cookies, pop-ups, and tins of sardines from bbc.co.uk. I have given free rein to everyone from the Director-General to the BBC lift operator to wander around the inner-sanctums of my hard drive. But still all I get is an annoying grey screen.

The maddening thing is that the BBC has been concentrating on the development of their blasted iPlayer at the expense of almost everything else. Their podcasts are still disappointingly few and far between - although now you can catch up with what is happening in Ambridge whilst you walk the concrete urban sidewalks. They also seem to have adopted a path-of-least resistance in relation to the copyright problems that surround the new media. Why, for example, can't you "listed again" to Desert Island Disks - "for rights reasons" - whilst you can "listen again" to any number of Radio 2 programmes? And what is the point in turning a programme like Jazz Library into a podcast when you limit yourself to playing a 30 second bite (more like a sound bit) from each of the records discussed? It's like the audio equivalent of a prick-teaser.

Most annoying of all, why does the BBC limit the availability of its back-catalogue of radio programmes to just 7 days? If I can turn on my Cable TV station and access "television on demand" why can't I access "radio on demand"? It can't be storage - you could store a weeks' radio broadcasts in the space it takes to store one Eastenders episode. I apologise for starting the week with a moan but there are good reasons. The current BBC "Book At Bedtime" is a ten-part serialisation of a book by Betty Macdonald called "The Egg and I". I was not familiar with the book and came across it by chance whilst paging through the BBC website. I will not waste time summarising the plot - suffice it to say it is very funny and extremely well written. Go to the BBC website straight away and catch-up with the episodes you might have missed. It started last Monday, so the daft BBC seven-day rule means that you have until this evening to listen to the first episode. Catch it quick - it's worth it.

Email ThisBlogThis!Share to TwitterShare to FacebookShare to Pinterest
Labels: BBC, Betty Macdonald, Podcasts, The Egg And I