This And That And Patriotic Prejudice

Another end of the week round-up of miscellaneous jottings - the accumulated fluff at the bottom of the drawer of my subconscious mind. 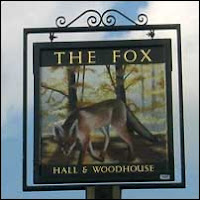 THIS will be my penultimate post for a week or more (there will be a Sepia Saturday Post tomorrow). On Monday, the Good Lady Wife, Amy The Dog and myself set out for a tour of the country something in the style of the Royal progresses of old (you stay with a succession of friends, eating their food, drinking their booze and slaughtering their game) (the last bit has been included for veracity's sake - I am glad to say that Veracity will not be coming with us and therefore no wild animals will be injured in the making of this holiday). The first couple of nights we are staying at a pub in Dorset called "The Fox". I will do a full write-up on my return along with a complete set of tasting notes on Hall and Woodhouse beers. So after tomorrow I won't be around for a bit, but I will be back on-line on Monday the 21st. 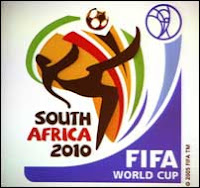 THAT means that I will be away for the first week of the World Cup. I realise that a third of you out there will not even know that the World Cup is about to take place in South Africa and another third will know but not care. But I belong to the third that will be engrossed by this festival of the beautiful game and - wherever I may be - I will try and see as many of the games as possible. I have tried to be cynical and adopt an intellectual dismissal of football, but it is no good : I love watching the game and if it is being played well I am not too bothered who might be playing it.
Having said that, I will still be supporting England, although that support will be tinged by a fair degree of realism. We should progress to the knock out stage but with the England team, who knows. I would like to say that we have a good team this time around, but you know us English we don't like to blow our own trumpet in case we are accused of PATRIOTIC PREJUDICE. Step up to the microphone Michael Flanders and Donald Swann.
at June 11, 2010