The Scaffolding Of Dismantled Trees 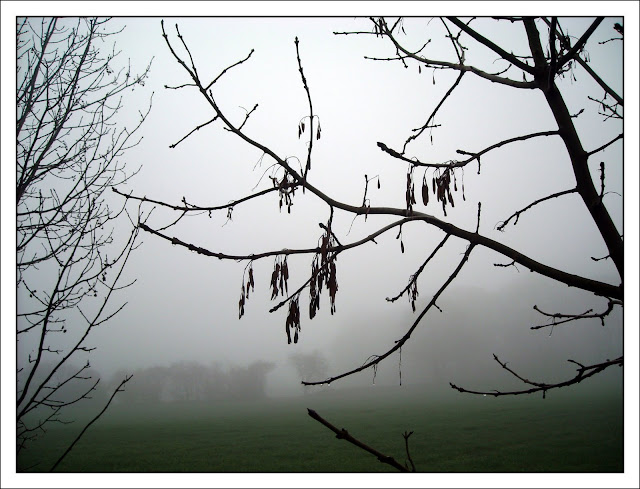 Things are a little foggy around here. The damp fog rolls in waves down from the tops, folding over fields and hedges, making everything more prominent and less prominent all at the same time. Moisture condenses around  the bare branches that are now just the scaffolding of trees dismantled during the Autumn. And then there is my hearing.

The upgrade took place as planned on Friday and I am now the upgraded, improved Alan Burnett Series V. It is an odd thing when people start messing with your senses : everything is a bit odd, a bit different. My initial response is that sounds are much richer, fuller, more textured. In order to have some trusted yardstick, I am delving back into music I know well : does that flute sound clearer, does that piano sound more distinctive, can Louis Armstrong still blow the walls of the recording studio down with his horn solos? There are some down sides : but most of these are because I don't know my way around the new system yet. The telecoil which forms part of the implant doesn't seem as strong as the one in the previous version and this means that I am having trouble with the loop system I use for watching TV. I now get a poor signal when I sit in my chair, but I have discovered that if I lie of the settee with my head hanging off one end I get a much clearer sound signal. The downside of this arrangement is that the picture is then upside down.

But give me a week or two and I will get around these problems and learn to take full advantage of the greater control the new system provides. The fog will lift and everything will fall into sharp focus once more.