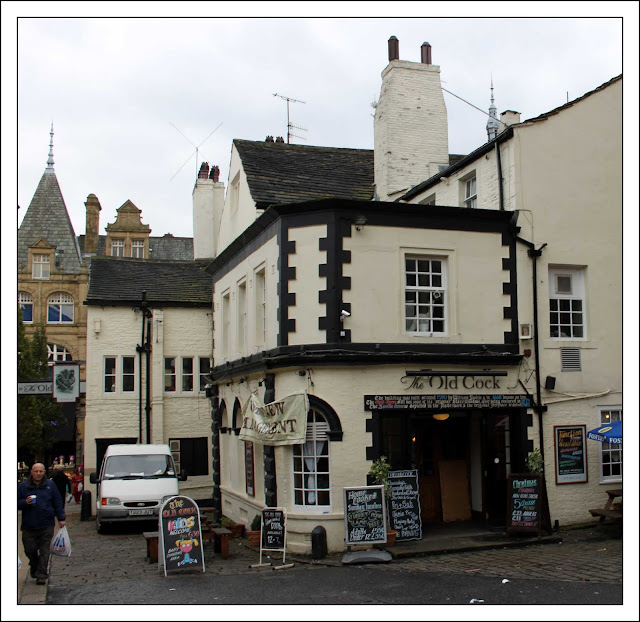 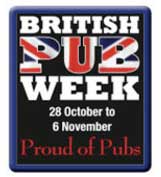 It is British Pub Week this week and I am doing my little bit to help by visiting as many pubs as possible. Yesterday it was the turn of the Old Cock Hotel in Halifax to receive a visit. The building has existed for some 420 years and I have been around for sixty-odd of those, but I have to confess that yesterday was the first time I have set foot in what is one of Halifax's most ancient inns (so many pubs, so little time!). It was originally built in the 1580s as a private house by William Saville of Copley but 100 years later it was already listed as an inn. Situated in the centre of the town it has always been a popular meeting point for local organisations and societies : the Halifax Harmonic Society met here and the Halifax Building Society came into being after a meeting in the first floor Oak Room. On a more dubious note, David Hartley - the leader of the eighteenth century Cragg Vale criminal gang of counterfeiters - was arrested whilst enjoying a pint in the Old Cock and soon afterwards put to death at Tyburn in York. Like any half-decent West Yorkshire pub, the Old Cock also has a Branwell Bronte story : in the 1840s he ran up such large bills at the Old Cock that the landlord was forced to write to his father in Haworth demanding payment.

I sat in the quiet lunchtime bar, enjoying a pint of Timothy Taylor and looking around at the gaudy Halloween decorations on display. The headless corpses and ghostly apparitions had been bought in bulk from the local  Fancy Dress shop. They need not have bothered - there was history and terror enough leeching out of the very fabric of the building. I had a chat with Branwell, drunk up and left, making sure that I had paid for my pint. I don't want any letters of complaint being sent, nor do I want to visit Tyburn Hill.