British Pub Week : The One And Seven-penny Pint 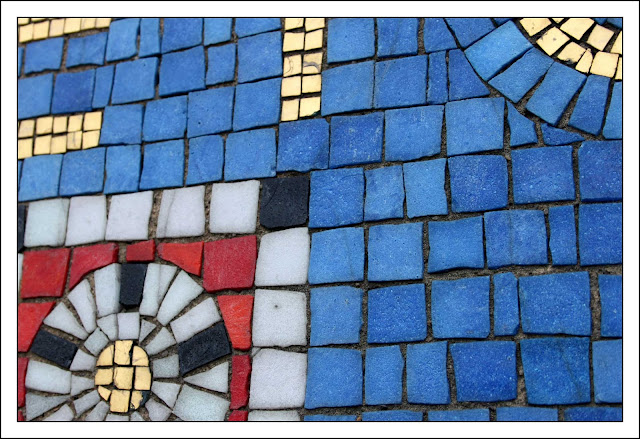 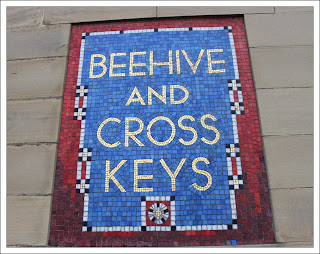 Staying with British Pub week, my picture today features a part of a pub sign I noticed as I was out walking through Halifax on Monday. The pub is the Beehive and Cross Keys which was built in 1932 following the demolition of two earlier pubs : yes, you guessed, the Beehive and the Cross Keys. Both these earlier pubs had been owned by the Swift family and in the 1880s, Henry Swift, established a brewery behind the Cross Keys in the splendidly named Spice Cake Lane. Road widening in the 1930s swept away the earlier pubs, the brewery and - perhaps most tragically of all - Spice Cake Lane. 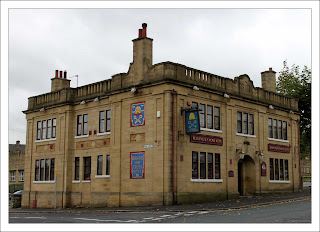 The new pub was a functional 1930s affair designed by local architects Walsh and Maddocks. Functional it may have been, but in addition to the more traditional inn sign at the front of the premises, the builders set two fine mosaics into the side wall. I seem to recall that the Beehive and Cross Keys was the first pub I ever bought a pint of beer in. I was a little under age and trying to cover my innocence with bravado. The landlord pulled the pint and I handed him one shilling and sixpence. "When did you last buy a pint of beer?" he asked somewhat severely. I looked at him in puzzlement trying to cover my embarrassment. "Nay Lad", he continued, "it's one and sevenpence now".
at November 02, 2011