An Inquest Into The Deconstruction Of A Keyring 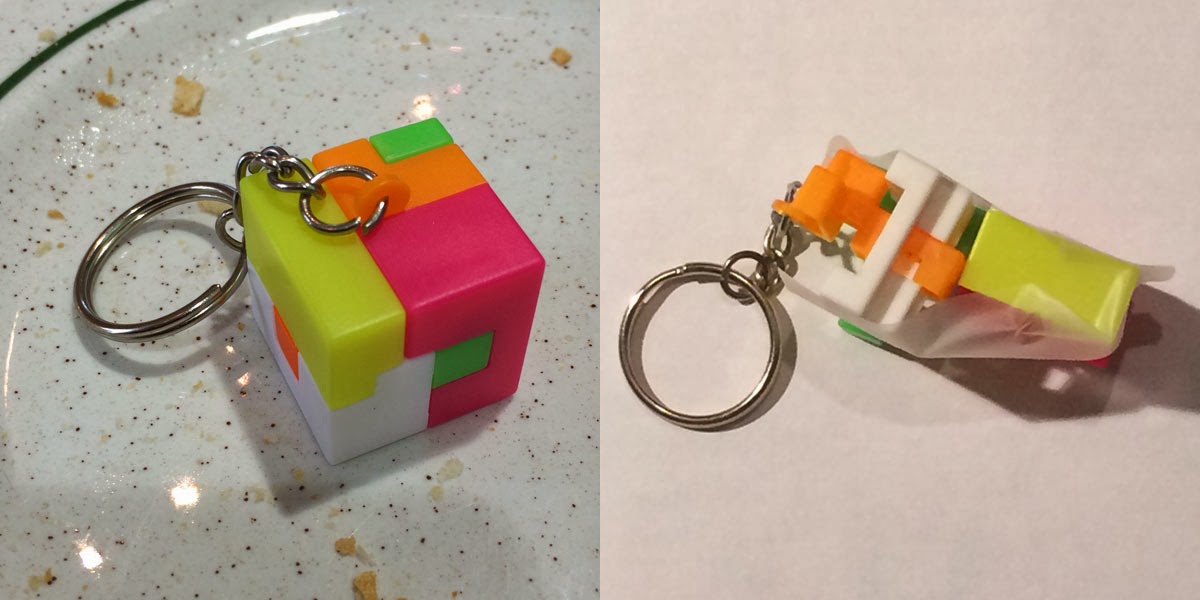 It was the cricket club Christmas lunch yesterday (don't ask, it's been a difficult year for English cricket). There was turkey and trimmings and crackers and some rather splendid Budweiser Budvar beer (the Czech one not the American one). My Christmas cracker contained a rather nice plastic key ring which doubled as a puzzle. Spurred on by the first bottle of Budweiser (the Czech one not the American one) I decided to test my powers of deconstruction and reconstruction. "I wouldn't do that if I were you", said the adjacently seated Cousin Dave, "you'll never get it back together again". I should point out that the said Cousin has never had any faith in my technical or mechanical abilities, so I decided to prove him wrong once and for all  .... after a second soothing bottle of Budvar (the Czech one not the American one). It was trickier than I expected and I had to resort to a third bottle of Bud (the Czech .... you know the rest) in order to improve my manual dexterity, and eventually I had to abandon the task until I had been taken home. Then, with a little help from some fine old malt whisky and some strips of sellotape, I eventually got it back together again as my second picture clearly shows.

I noticed the following announcement in the Halifax Courier of the 7 February 1914:

What this has to do with the first part of my post, I am not entirely sure. But I suppose I have been conducting a bit of an inquest into what happened at the cricket club Christmas dinner and I would like to stress that, along with Mrs Wade, I had nothing to do with it.
at February 03, 2014